By Joseph Gibson on December 9, 2020 in Articles › Celebrity News

Tony Hsieh, the former CEO of Zappos, died in a house fire in Connecticut on November 27, 2020. During his impressive life, Tony had TWO massive business wins: In 1998 he sold a business called LinkExchange to Microsoft for $265 million. In 2009 he sold Zappos to Amazon for $1-1.2 billion in Amazon stock. At the time of his death, Tony was easily worth more than half a billion dollars. Our estimate pegged his net worth at $850 million. Unfortunately, it's now being revealed that Tony left a very messy estate and no will.

Hsieh was only 46 years old when he died last month, but it's still surprising that someone with that level of wealth and business acumen would have gone that long without establishing some sort of will in case the worst happened.

In recent legal filings Tony's family says that they're "unaware of the existence of a fully executed estate plan," and that it's their "good faith belief" that he never made one. They're asking a judge for permission to look inside his safety deposit boxes to see if he left anything of the sort that might help them determine Tony's intentions. Tony's father and brother are now reportedly looking for special legal authority to deal with "business obligations and commitments that require funding from assets that are presently frozen." 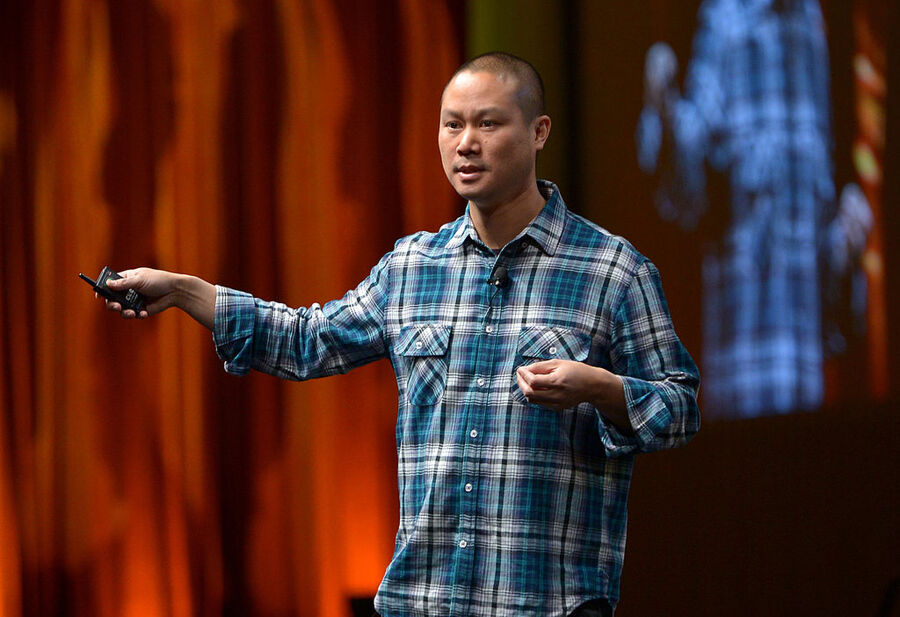 Hsieh was unmarried with no children at the time he died, which might be one reason he neglected to make any official plans for what would happen to his fortune. He stepped down as CEO of Zappos earlier this year after 21 years with the company.

After leaving Zappos in August 2020, he became focused on various real estate projects. In the months before he died, Tony purchased $70 million worth of property in Park City, Utah. He also established a $30 million "angel" fund for local tech startups and businesses. He was reportedly planning to check into a rehab facility to deal with drug and alcohol issues that had recently taken a toll on the entrepreneur. Hsieh died from injuries sustained in the fire just two weeks before he would have turned 47 years old.

He was also heavily invested in the Downtown Project, a re-development venture in Las Vegas. Over the last decade he spent as much as $350 million of his own money to revitalize downtown Las Vegas.

In his final year of life, Tony reportedly developed a habit of offering to double anyone's salary who agreed to uproot their life and move with him to Park City.

According to a report in the Wall Street Journal, the walls of a $30 million Park City mansion owned by Tony was found to be covered in sticky notes. Perhaps hundreds. Each note laid out a promise to fund an idea. These notes could be considered legally-binding contracts so Tony's family must now track each obligation down and potentially follow through with the funding.

And everyone out there with money to protect – make a will!