Russian fertilizer billionaire Dmitry Rybolovlev is having a really bad week. Was he put on Obama's dreaded list of embargoed Russian businessmen? Nope. Did the soccer team he owns AS Monaco lose a huge match? No. Did one of his drunk girlfriend crash his $111 million yacht into some rocks? Negative. Did his pet Siberian tiger destroy a collection of rare vodka bottles and Picasso paintings? As far as we know, not yet… Get out your teeny tiny violins because Dmitry is on the precipice of setting the world record for most expensive divorce of all time. And he's not just setting the record be tens of millions, or even hundreds of millions. He's destroying the record by several billion dollars. 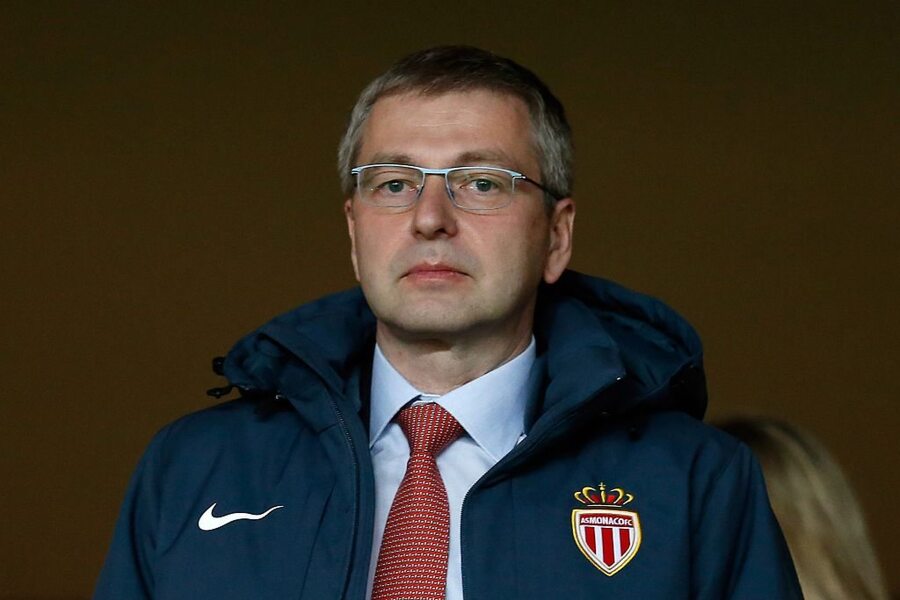 Earlier today, a Swiss judge ordered Dmitry Rybolovlev to pay his ex-wife Elena a $4.5 billion divorce settlement. Technically he was ordered to pay Elena 4,020,555,987.80 Swiss francs which is equal to 4,505,833,074.97 USD. OUCH. Elena and Dmitry met while both were students in Perm, Russia. They married in 1987 and Elena first filed for divorce in 2008. Dmitry is known in Russia as the "fertilizer king". He earned his place as one of the richest people in Russia by privatizing the potash fertilizer company Uralkali.

Oh, as if $4.5 billion wasn't painful enough, one year ago Elena offered to settle everything and walk away forever for $1 billion. Double OUCH.

$4.5 billion tops the previous record for most expensive divorce by $2.8 billion. The previous record was set by Rupert Murdoch in 1999 when he paid his ex-wife Anna a $1.7 billion settlement consisting of $110 million in cash and $1.6 billion in News Corp stock. Rupert and Anna had been married for 32 years and instantly made her one of the largest individual shareholders in News Corp. Just 17 days after the divorce was finalized, Rupert married Wendi Deng, a woman 38 years his junior. Rupert and Wendi divorced in 2013 amid rumors that she had an affair with former British Prime Minister Tony Blair.

Today's settlement cuts away roughly 51% of Dmitry's $8.8 billion current net worth. Outside of the cash payment, Elena Rybolovlev was also granted ownership to $145 million worth or real estate in Switzerland and full custody of their 13 year old daughter Anna.

Dmitry and Elena's older daughter, 25 year old Ekaterina Rybolovlev, is probably most famous for spending $88 million on a 6700 square foot penthouse apartment at 15 Central Park West in New York City. She was 21 years old and bought the apartment because so she could attend Columbia University. At the time, the transaction was the most expensive most expensive in Manhattan history. If you recognize the name of the building "15 Central Park West", it's the same exact building where a stubborn rent-control tenant held the building owner hostage until they paid him $17 million cash to move out so they could complete their remodel. The tenant was also given a $2 million apartment in a different building which he was allowed to rent of $1 per month for life. In 2013, Ekaterina spent $154 million of her dad's money to purchase the Greek island of Skorpios from a trust controlled by heiress Athina Onassis.

Elena now faces the difficult challenge of actually getting her hands on the $8.8 billion. Immediately after she originally filed for divorce in 2008, Dmitry transferred the bulk of his assets into a series of complicated trusts located on the island country of Cyprus. Cyprus and Switzerland do not have a legal treaty with each other that would require Dmitry to follow the court's order.

Dmitry owns the AS Monaco Football club. He also owns a $95 million mansion in Palm Beach, Florida called Maison de L'Amitie in Florida that he bought from Donald Trump. He also bought a house from Will Smith in Kauai, Hawaii for $20 million. He also owns a $111 million yacht (pictured above) named "My Anna" after his youngest daughter. It was on this yacht that Dmitry allegedly was a serial philanderer, which is what caused Elena to file for divorce in the first place.