It sure must be tough to be a Cowboys fan. Back-to-back close games, getting a controversial call in their favor one week, then being on the wrong side of it the next week. It just can't be good for the heart. Meanwhile, one AFC team blew multiple 14-point leads, and another didn't even reach 14 points. In case you missed anything, here are the highlights from the first round of the playoffs.

Joe Flacco and Tom Brady combined to go 61 for 95 for 659 yards and eight total touchdowns. Flacco started the game 8 for 8 for 100 yards, and Brady accomplished the rare feat of scoring a rushing touchdown while finishing with zero rushing yards. But more impressive was the ability of both to fit the ball into incredibly small windows throughout the day. It was a remarkable battle between two terrific postseason quarterbacks.

He had just one touchdown reception all season, but Danny Amendola caught a pair on Saturday. One was a short pass from Brady, and Amendola did some nifty defender dodging before diving into the end zone. The other was a 51-yard bomb on a trick play–Brady threw a backwards pass to Julian Edelman along the sideline, and Edelman found a wide open Amendola, who could have prepared a s'more before a Raven defender got near him. Hey, it gets cold up there in Foxborough in January.

Other players who barely contributed during the regular season stepped up in a big way this weekend. Jermaine Kearse equaled his touchdown total for the entire season with a 63-yard score against the Panthers. Tyler Clutts previously had one yard on one catch for the Cowboys this season, then doubled up his receptions and yardage with a one-yard touchdown grab. Rookie Davante Adams had 117 yards on seven catches, and punished Cowboys cornerback Sterling Moore on multiple occasions, including a play where Adams ripped the ball away from Moore before stiff-arming him and gaining 15 more yards. Hakeem Nicks had a touchdown grab to seal things for the Colts, and Dan Herron, who had only scored one rushing touchdown during the regular season, scored again this week for his second touchdown of the playoffs.

The Seahawks are once again demonstrating that a strong defense is quite the useful thing to have. Tony McDaniel recovered a botched handoff in Seattle territory, Richard Sherman picked off a first-quarter pass, and Kam Chancellor won the battle of the C/Kams with a 90-yard interception return for a touchdown in the fourth quarter. Seattle's offense was humming efficiently, too: Russell Wilson chipped in with 268 yards (on only 15 for 22 passing) and three scores. Seattle has now won eight straight home playoff games, and this team is peaking at the right time.

Aaron Rodgers wasn't about to let a silly little torn calf muscle slow him down. Well, he did limp on it throughout the day, but he still torched the Cowboys defense to the tune of 318 yards and three touchdowns, the last one of which (to tight end Richard  Rodgers) proved to be the game winner. 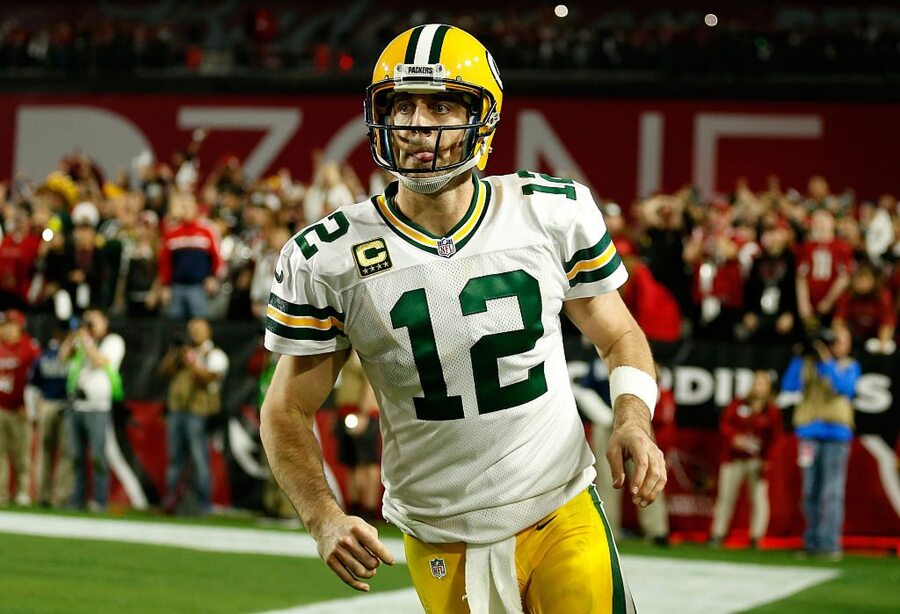 Let's all just take a moment to be thankful we weren't in the replay booth during the Cowboys loss to the Packers. What appeared to be an insane 31-yard catch by Dez Bryant on fourth-and-two instead turned into a turnover on downs after Mike McCarthy challenged the ruling on the field. This was another example of a player not "completing" the catch, which should really be an excuse to revisit this rule. There's gotta be a less vague way of determining whether a player has caught a ball or not.

Baltimore's defense claimed to be confused by how the Patriots lined up on a few different plays, and it resulted in New England receivers getting wide open. Regardless of how a setup looks, you have to be ready for anything. The Ravens blew two 14-point leads against the Patriots, and Joe Flacco threw two interceptions in the second half, which didn't help matters.

Peyton Manning was 26 for 46 for 211 yards (24 of which came on the final play of the game in garbage time) in a 24-13 loss to the Colts. He threw one touchdown and lost a fumble, and just routinely overshot or just missed his receivers. Manning has had a great career, but once again, people will point to his lack of postseason success. He's 11-13 in the playoffs, and nine times has he lost in his first playoff game.

For how good the Patriots were through the air, the running game was abysmal. 13 rushes for 14 yards (1.1 YPC) is poor no matter how you look at it. No wonder the Pats called pass on just under 80% of their plays.

Standing proved to be difficult in Foxborough. Tom Brady got sacked and stumbled about four times onto his knees and backside before finally fully getting back on his feet. A few plays later, an official was trying to signal a successful catch on a low throw, tripped over his shoelaces and ended up face first in the turf. Balancing upright is hard! 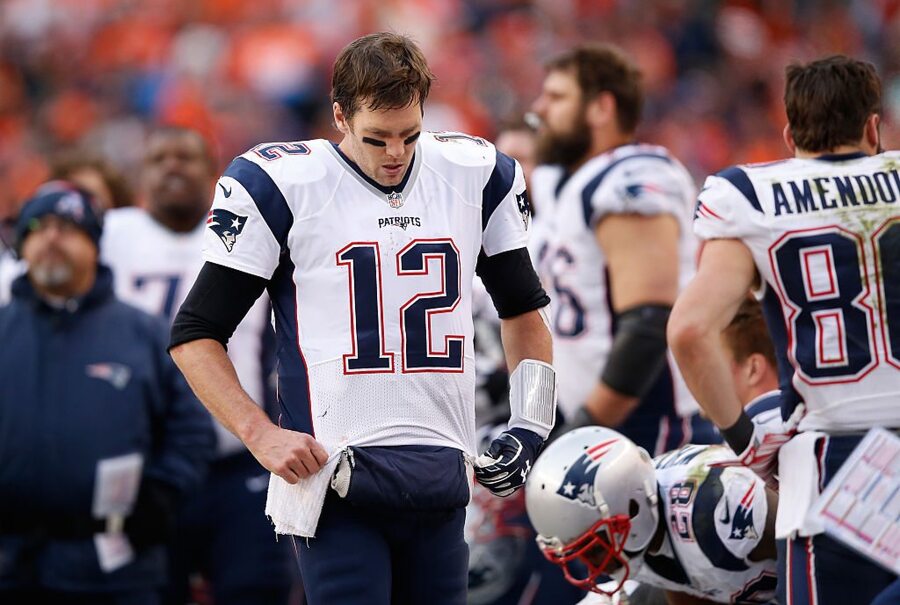 Most Interesting Facts From The Divisional Round

Every game had a score in the final 10 seconds of the first half. In three out of four games, the score was by the team who eventually lost.

This was the first time the Patriots won a playoff game after trailing by 12 or more points. They were previously 0-11 in those situations.

Tom Brady threw his 46th career touchdown pass in the Patriots' win. He passed Joe Montana for the most touchdown throws in postseason history.

The Seahawks are the first team to win a playoff game the year after winning the Super Bowl since 2005.

Every other team had at least one rush that went for longer than the total amount of yards the Patriots amassed during their entire game.

The NFC title game will have a quarterback and a tight end with the same last name–Russell Wilson and Luke Willson on the Seahawks, and Aaron and Richard Rodgers on the Packers.

Biggest Upset: Obviously Denver played poorly, hurting 43% and 41% of ATS and ML bettors, respectively. But New England was actually the biggest loser in Vegas, as 53% thought they'd cover the spread, which closed at -6.

2-2 last week, with Baltimore and Dallas covering in tight losses. Believing in the Panthers (to cover a double-digit spread) and Broncos (to win by more than a touchdown) proved to be futile. Onto the conference championships!

I don't doubt Seattle's ability to dominate a football game at all. They're playing so well that even when they're struggling they still look fantastic. They beat the Packers on opening night by 20. I wouldn't be surprised if it happens again this week.

Just like Seattle, I think New England is simply too good for its opponent. The Patriots beat the Colts by 22 in Indy during the season. Tom Brady should eat the Colts' secondary like a delicious bowl of [insert your favorite cereal here].