Evander Holyfield Owes $300,000 In Child Support, Faces Jail Over It

By Joseph Gibson on June 2, 2012 in Articles › Celebrity News

Boxer Evander Holyfield is experiencing the dark side of having a family, in the form of a massive child support tab stemming from his alleged failure to make payments since April of 2010. The GA Department of Human Services says Holyfield owes a grand total of $372,097.40 to his 18 year old daughter Emani Holyfield. And they're pretty much done with asking Holyfield politely to pay up – they're requesting for a judge to order Holyfield to be imprisoned until he makes arrangements to settle this debt. 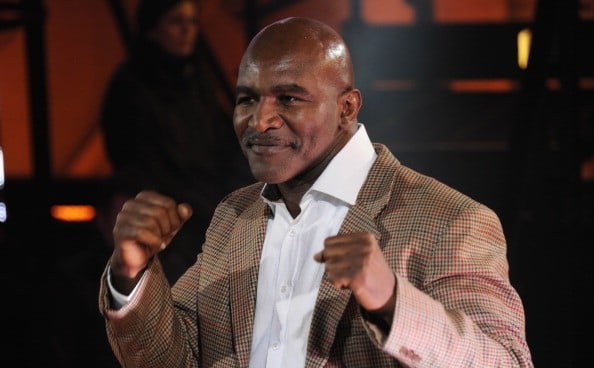 This is just another piece of financial trouble that's adding up to a big heap for Holyfield. In 2008, Holyfield's $10 million estate in Atlanta, GA was auctioned off due to its being foreclosed on by Washington Mutual Bank (which, incidentally, became financially insolvent itself soon after – times are tough for everybody, it seems). And this isn't even the first time Holyfield has been on the hook for unpaid child support – he was also accused of failing to pay two months of child support (at a total of $6,000) for his son, who is ten years old. And a landscaping service in Utah has gone to a judge seeking payment on an alleged debt of $550,000 for services rendered.

Still, Holyfield should have an easier time than most paying off these child support debts. He remains a huge celebrity in the world of sports, and is able to collect money in endorsement deals and other special appearances pretty much at will. For instance, he's most recently been seen in TV advertisements for the fast food chicken franchise Zaxby's, and he appeared as himself in a cameo role in the 2011 comedy Arthur. So it's probably unlikely that Holyfield will actually go to jail instead of making arrangements to pay what he allegedly owes.

Holyfield's PR representative has said that she was unaware of the debt, and that "Mr. Holyfield has a wonderful relationship with his daughter."