By Travis Pulver on March 7, 2016 in Articles › Celebrity News

When Michael David Barrett was sentenced to just two and a half years for stalking her, sportscaster Erin Andrews said it wasn't enough. Not only was his sentence too short, but he was not the only one she felt needed to shoulder some of the blame. As you probably know by now, back in 2008, Barrett somehow managed to make a video recording of Erin walking around naked in her hotel room while she was staying at the Marriott in Nashville. He then posted the video online, where it quickly went viral in a very big way.

Erin felt the hotel should shoulder some of the blame for the traumatic experience, so she did what every American has the right to do. She sued both Barrett and the company that owns the hotel, West End Hotel Partners, for $75 million.

The trial didn't take very long. Jury selection began on February 22, closing arguments were heard March 4, and the jury began deliberating the morning of March 7. By the time the afternoon rolled around, the verdict was in.

To no one's surprise, the jury found in favor of Andrews. They did, however, reduce the amount of damages from $75 million to $55 million. Barrett was found to be 51 percent at fault, and the hotel 49 percent. 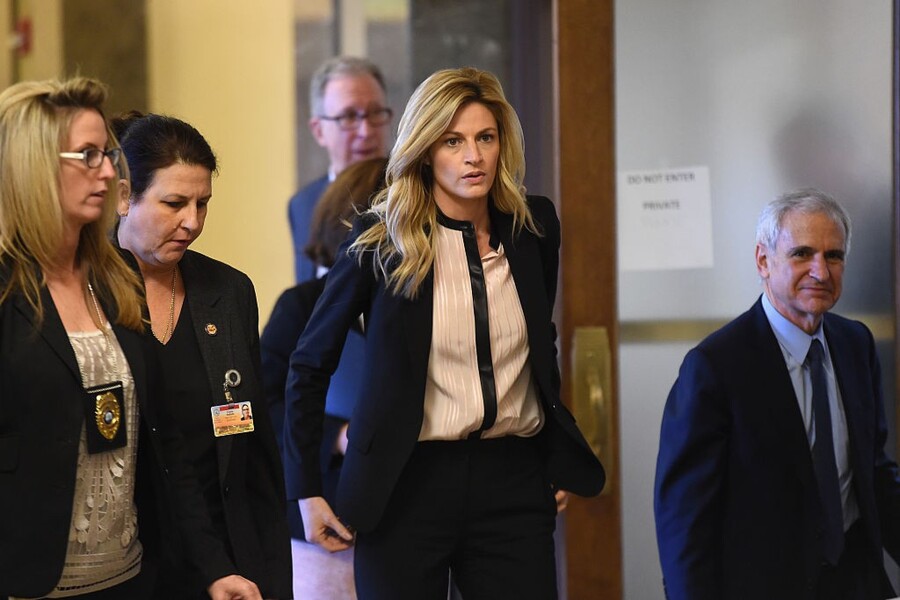 Defense attorneys tried to argue that the video was strictly the result of Barrett's criminal action, and the hotel held no responsibility for what happened. They claimed Barrett found out which room she was staying in without help from hotel staff, and that no request was ever made for someone to stay in the room next to Andrews.

Attorneys for Andrews argued that a hotel employee told Barrett which room Andrews was staying in, then booked him in the adjoining room.

The hotel's defense team also tried to prove that Andrews benefited from the video, saying that she is now making more money because of the publicity it generated. The defense even got her to admit on the stand that her career has flourished since the incident, and tried to use her second contract with ESPN, her current contract with Fox Sports, and a host of endorsements as proof.

They didn't try to make it sound like it was a publicity stunt, but that she was a victim of a crime and that she benefited from that crime and therefore didn't deserve further monetary damages.

During the initial stages of the investigation, there was some concern that the video may have been a publicity stunt. As Kim Kardashian proved, leaking a racy video can be extremely beneficial to one's career. However, most people now understand that Erin did not have anything to do with the creation of this video.

In the end, it appears that the jury was swayed more by Andrews and her tear-filled testimony, in which she described how the incident has impacted her life, her relationships, her work, and even how she travels… more than the arguments made by the defense.

The hotel's lawyers have not stated whether their client intends on appealing the ruling. If they do, the appellate court could find it interesting that many members of the jury took pictures with Andrews and asked for her autograph after the trial.

So how much will Erin get from the settlement?

So first off, as we previously stated the stalker Barrett is on the hook for $28.5 million of the $55 million. It's extremely unlikely he will ever pay a significant amount of money to Erin. So that leaves the $26.75 million that the hotel is on the hook for. Erin has spent an estimated $1 million on legal fees bringing this court to trial. On top of that, lawyers typically get 40% of a judgment. That leaves Erin with $15.05 million. Unfortunately, a legal award for emotional distress is subject to being taxed. So in the end, Erin will likely receive around $7-9 million of the judgment, depending on the taxes in the state she resides in.