By Brian Warner on October 15, 2012 in Articles › Celebrity News

In addition to being one of the world's richest rock stars, British guitar player Eric Clapton is also apparently one of the world's savviest modern art collectors. Clapton, who already had a net worth of $200 million, is more than $30 million richer today after completing an extremely competitive auction of several paintings from his personal art collection. One painting in particular, by German painter Gerhard Richter, sold for more than twice the listing price after a heated bidding war between several anonymous wealthy art fans. It also set a record for the most amount ever paid for a piece by a living artist… 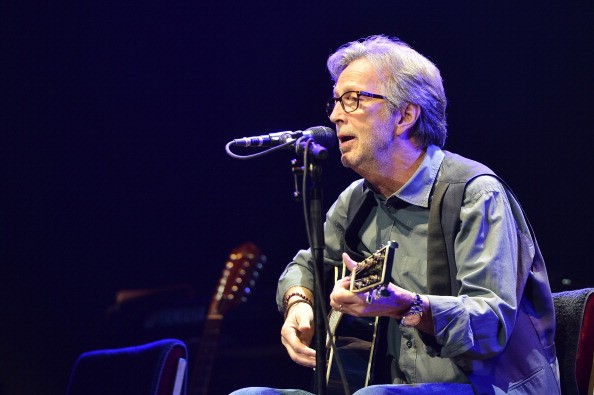 Eric Clapton, who is considered by many rock fans to be the greatest guitar player ever, actually studied at the Kingston College of Art in 1961 before leaving to pursue music full time. Clapton never lost his interest and appreciation for art and began investing in his side passion whenever excess money rolled in. Over the years he has owned and sold dozens of high profile paintings that have been valued in the millions. But his most recent sale is truly remarkable. 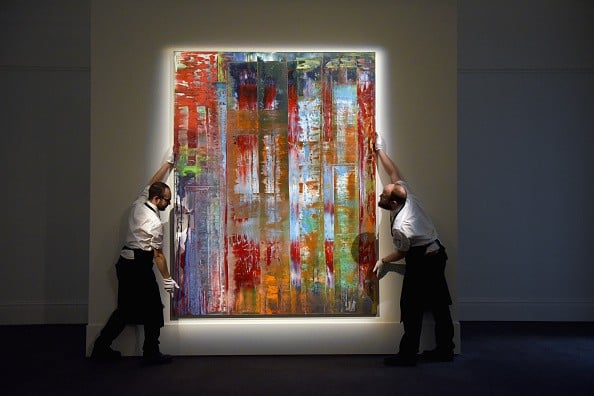 Prior to this weekend's auction, Sotheby's in London estimated that one of Clapton's pieces, a 1994 oil canvas painting by German artist Gerhard Richter would sell for $14 million. That amount would have been plenty impressive considering that Clapton purchased the painting in 2001 for just $3.2 million. When the auction began, a fierce five minute bidding war erupted between three very wealthy anonymous art collectors. When the dust settled, the winning bid was $34,190,756. That's more than double the expected sales price and represents a 965% return for Clapton in just 10 years. $34 million also sets a new record for the highest amount ever paid for a piece by a living artist, beating the $28 million someone paid in May 2010 for a Jasper John work titled "Flag." The 82 year old Gerhard Richter has long been considered one of the greatest living artists in the world, but does this sale make him #1?