By Joseph Gibson on March 6, 2019 in Articles › Celebrity News

Emily Deschanel and David Boreanaz, stars of the popular series Bones, are now seeing a raft of additional money for their work on the show, at least as far as a private arbitrator is concerned. Their lawsuit against Fox over royalties from the show went heavily in their favor, with an arbitrator awarding them $178,695,778.90 in the case.

The dispute has to do with the way Fox reported revenue from the show's performance on platforms like Hulu to its producers and anyone else with a contractual claim to a piece of that pie. Fox allegedly lowballed the show's royalties for years, and the money they're now being ordered to cough up is a righting of that wrong. As you might expect, the studio isn't happy about the ruling, and in a press statement Fox is vowing to challenge the ruling, having reportedly already filed a motion to overturn the $128 million in punitive damages that make up the settlement:

"The ruling by this private arbitrator is categorically wrong on the merits and exceeded his arbitration powers. Fox will not allow this flagrant injustice, riddled with errors and gratuitous character attacks, to stand and will vigorously challenge the ruling in a court of law." 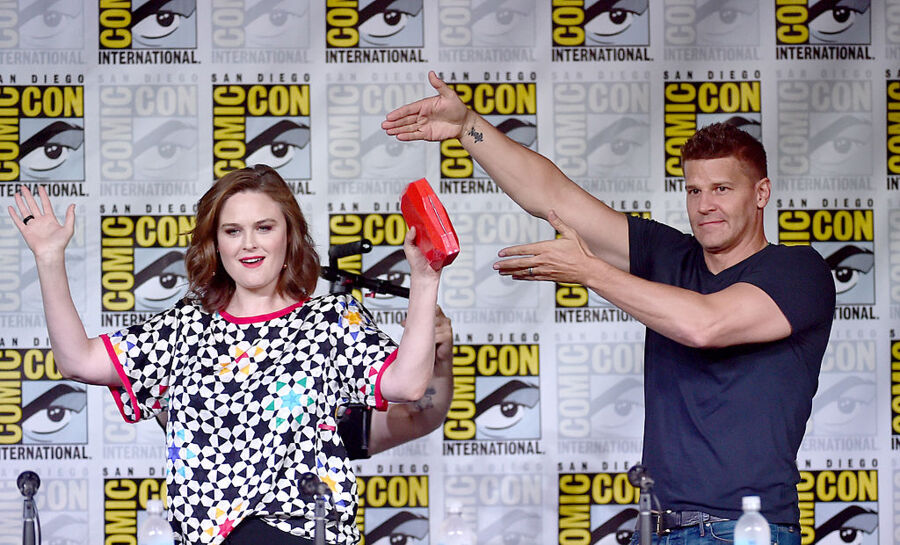 As you might imagine, Deschanel and Boreanaz had quite different reactions to the decision in statements of their own. Here's Emily:

"We are so proud of the hard work we did on Bones for 12 seasons and only ever wanted Fox to live up to its promises and contractual obligations."

"It's clear that what we were saying all along was true: we were owed additional compensation for our work. Now I can only hope that Fox is made to settle its obligations to us without further delay."

And as Deschanel and Boreanaz's attorney in the case, John Berlinski, points out in his own press statement, the ruling could go on to make big waves throughout the film and television industry that go way beyond Fox and Bones:

"As [the arbitrator] said, the facts are clear – as is the extent of Fox's duplicity. What we have exposed in this case is going to profoundly change the way Hollywood does business for many years to come."