By Joseph Gibson on April 1, 2016 in Articles › Celebrity News

Juan Manuel Álvarez Inzunza, alias "King Midas" and top money launderer for the Sinaloa cartel headed by Joaquín "El Chapo" Guzmán, was arrested over the weekend by federal Mexican authorities while on vacation in Oaxaca. His crimes, at least the ones he was arrested for, are as follows, according to the Mexican federal police's official Twitter account:

"[Inzunza] is linked with an international money-laundering network [operating] from cities like Tijuana, Culiacán, or Guadalajara and linked with other nations, like Colombia, Panama, and the United States." 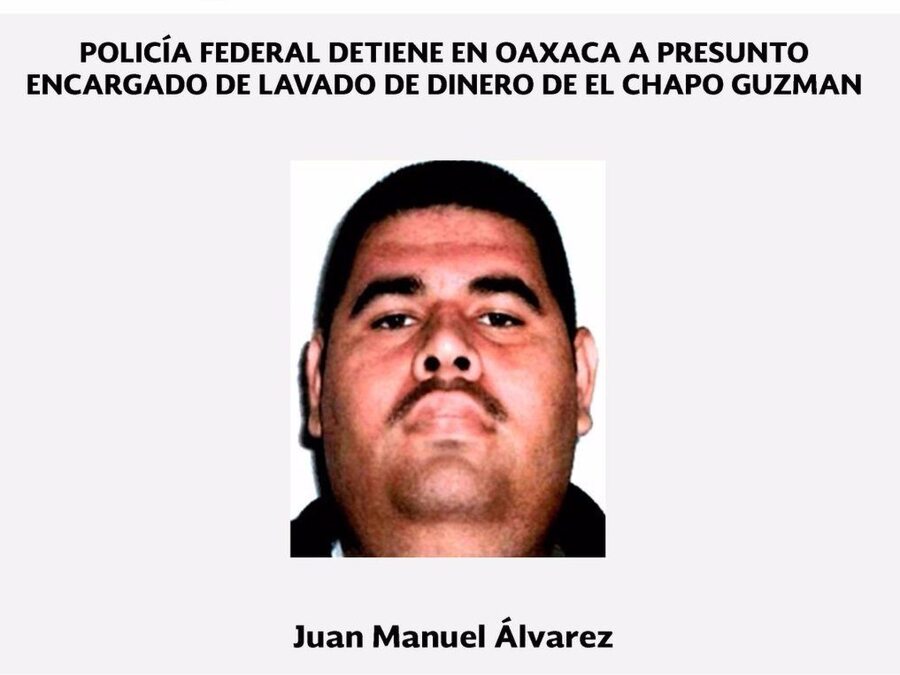 Although the arrest was carried about by Mexican police, it was thanks to an extradition warrant from the United States that it happened, since Inzunza is wanted by American authorities for his money laundering crimes. As part of his work with the Sinaloa cartel, King Midas is reported by The Guardian and other outlets as managing a variety of legitimate business fronts to launder in between $300 million and $400 million a year, having made about $4 billion in dirty money look clean over the last ten years. Those business fronts were purchased by various third parties through complicated financial maneuvers, most or all of which were orchestrated by Midas in order to prevent authorities from shutting down the cartel's criminal activities.

Normally, Inzunza is said to maintain tight personal security for himself, but his aforementioned vacation to Oaxaca was just the opportunity authorities were hoping to capitalize on, arresting the money launderer without any violent incidents occurring in the process. The news is only the latest in a series of blows to the Sinaloa cartel, including the recapture back in January of El Chapo, who, like King Midas, is also currently awaiting extradition to the United States. But the cartel's nebulous structure of various factions working together (rather than one centralized core of authority) make it impossible to say whether or not these high-profile arrests will make a dent in the organization's infamous criminal enterprises.