By Joseph Gibson on August 16, 2016 in Articles › Celebrity News

Edward Snowden has been hiding out in Russia since 2013, when he knowingly leaked surveillance technology used by the NSA, leading to possible prosecution by the US government for treason. But if you were for some reason concerned about Snowden's financial situation while in exile, you shouldn't have been, because a recent Yahoo! News report shows that last year he made more than $200,000 in speaking fees.

It's not unusual for someone at Snowden's level of notoriety to make a mint in speaking fees – he's even got a movie all about him coming out this year, after all. But it's nevertheless rankling to some to see a wanted fugitive essentially profiting off of the actions that caused him to be a fugitive in the first place, including to CIA Director John Brennan:

"In my view, I think he has violated the oath that he made to this Constitution and this government. Getting remuneration for it is very unfortunate and wrong."

Adding fuel to that particular fire is the fact that even though Snowden has remained exiled in Russia since 2013, his speaking engagements have been located throughout the United States and the rest of the world thanks to the magic of the internet. They have includes paid speeches at at least three American universities, as well as high-profile events like the 2016 Tribeca Film Festival and San Diego Comic-Con. And Snowden can get as much as 25 grand for each one, which helps explain how he was able to earn so much money last year. 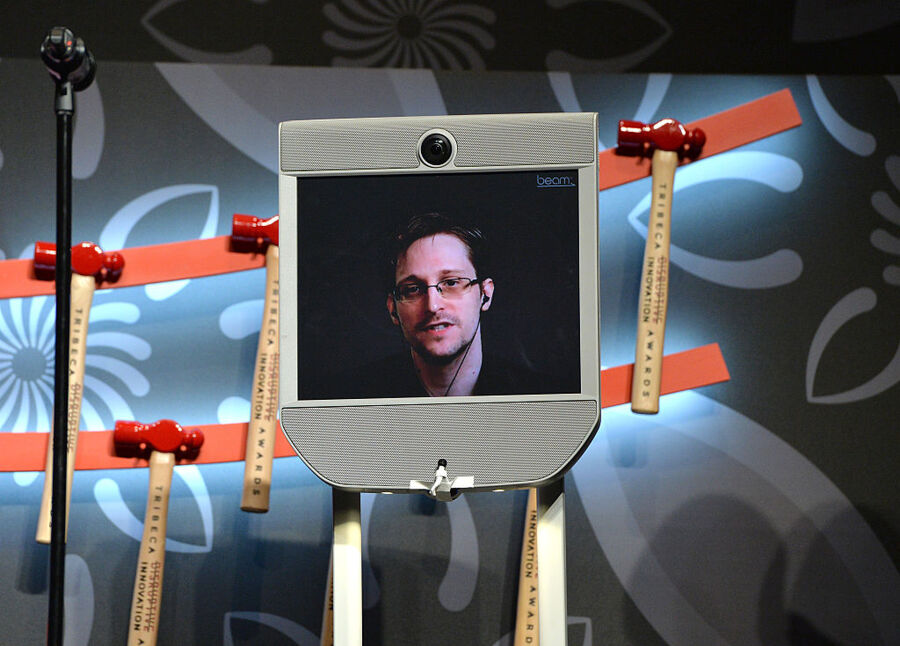 Snowden's lawyer, Ben Wizner of the American Civil Liberties Union, has stated that contrary to how it may seem, Snowden isn't "getting rich" off of his lucrative speaking engagements, instead leading "a frugal and modest life" and paying all his rightful taxes to the US government. Wizner also says Snowden makes speeches for non-profit organizations for no charge.

With the upcoming feature film Snowden and a political election that places additional emphasis on many of the issues raised by Snowden's actions, one can reasonably expect him to retain his public speaking cachet for the foreseeable future.