By Joseph Gibson on July 1, 2018 in Articles › Celebrity News

A few months ago, Marvin Gaye's estate won the final appeal in an important lawsuit against Pharrell Williams and Robin Thicke, alleging that they were owed royalties from the artists behind the hit song "Blurred Lines" for biting the vibe of Gaye's classic 1977 hit "Got to Give it Up." Now, TMZ reports that Structured Asset Sales, a company that holds one third of the rights to another Gaye classic, has its sights on still another allegedly derivative hit song, this one Ed Sheeran's "Thinking Out Loud."

Sheeran has been hit with a $100 million lawsuit by Structured Asset Sales for ripping off the "melody, rhythms, harmonies, drums, bassline, backing chorus, tempo, syncopation and looping" of what is probably Marvin Gaye's most famous and iconic song: "Let's Get It On," written by both Gaye and the late songwriter Ed Townsend. 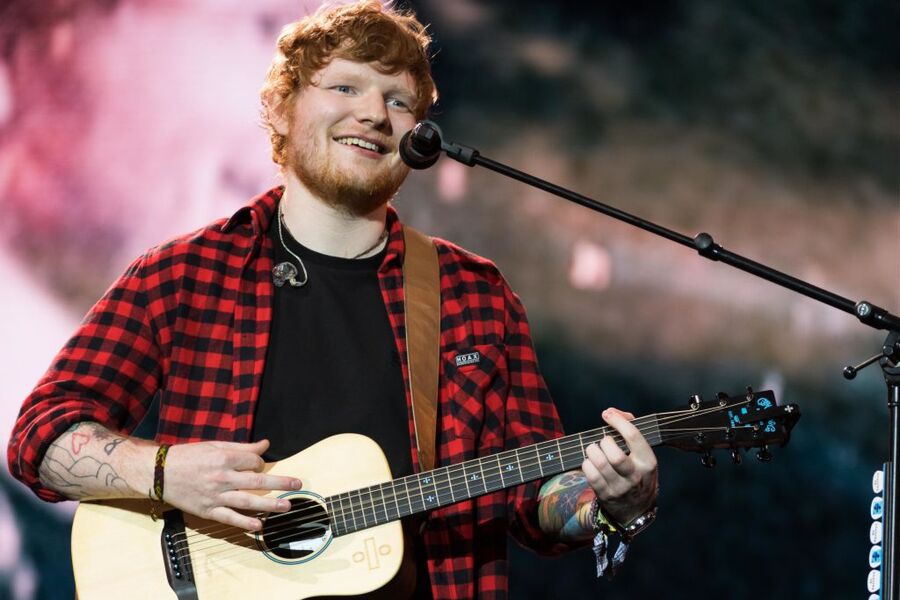 "Thinking Out Loud" first came out in 2014, and in February of 2017 Townsend's heirs had a lawsuit of their own against Sheeran thrown out by a judge. And according to the new suit, SAS' one-third stake in the older song entitles them to $100 million in damages from the profits of "Thinking."

According to the company's lawsuit, "Thinking Out Loud" has more than a billion YouTube streams to its name, and the album its on — 2014's X — has sold more than 15 million copies, and much of that success, so they claim, can be traced directly to Gaye and Townsend's work on "Let's Get It On."

When he was sued the first time over the song earlier this year, he said the elements that the songs have in common are "extremely commonplace," but SAS obviously thinks differently. That may be partially because in 2016, Sheeran reached an undisclosed settlement with the writers of a song called "Amazing" that was allegedly ripped off for his hit "Photograph," after they sued him for $20 million. And it remains to be seen whether Marvin Gaye's heirs might be placing a lawsuit of their own as well.