Did Dwight Howard Just Buy a $20 Million House in LA… with a Check?

Just six days after officially announcing that he was coming The Lakers, today there's a rumor going around on the web that Dwight Howard just bought a $20 million house in Los Angeles. And if that wasn't mind blowing enough, apparently he paid bought the house with a check. If the rumor is true, it kind of takes "ballin" to a whole new level, doesn't it? Also keep in mind that the Lakers are paying $19.4 million for the 2012-2013 season, so he essentially just spent his entire year's salary on a house. I guess that means he plans on staying in LA for a while…

The house is rumored to be located in Newport Beach California, in the same neighborhood as Lakers teammate Kobe Bryant. Kobe actually owns three properties in Newport Beach, one that's been under construction for over two years, another where mother-in-law lives and the home where he and Vanessa live when they are together (their precise marital status is currently hard to pin down). Newport Beach is an hour and a half drive from downtown Los Angeles where The Lakers play. So is Kobe stuck behind the wheel every day for three hours? Does he have a driver? Nope. Kobe Bryant is such a baller that he takes a helicopter to and from The Staples center for every single practice and home game. Will Dwight take a helicopter as well? Maybe they can carpool. Or I guess it would technically be called "helipooling".

Dwight is also apparently keeping his $8 million house in Windermere Florida. Howard bought the Orlando area mansion four years ago at the peak of the housing bubble so he might be holding on until the market recovers, especially in Florida which has been one of the worst hit states. A Florida real estate agent described Howard's property as a 10,000 square foot castle modeled after a 15th century French Chatheau overlooking a private lake. The house has several pools, marble floors, waterfalls, home theater and beverage center. The same real estate agent estimated that in today's market Howard could sell the property for $6.5 million, in other words for a $1.5 million loss. If I was Dwight, I'd just keep the Florida house for getaway weekends and trips to Disney World. 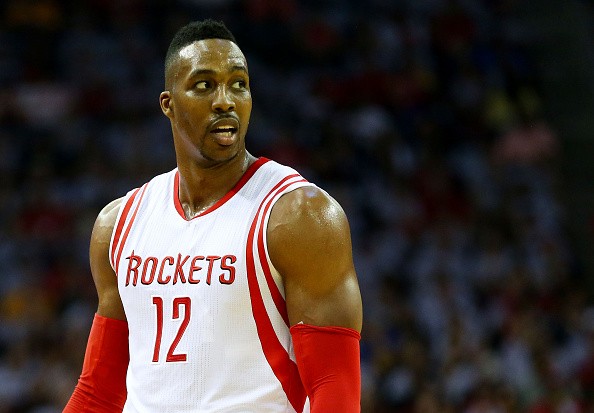 Howard opted for a one year contract with the Lakers as opposed to becoming a free agent because after the 2012-2013 season, he will be eligible for a five year deal worth up to $117 million. Had he signed as a free agent, he *only* would have been eligible to sign a four year $87.5 million contract. If Dwight's plunking down this much money for Los Angeles real estate, I guess it's a safe bet that he intends to sign that five year deal with the Lakers next year. During his first seven years in the NBA, Howard has earned just over $83 million in salary alone. When you combine the $19 million he's earning this season and the $117 million he'll earn for the five years after that, Dwight will have taken home $219 million playing basketball before he's 31 years old. And we haven't even talked about endorsement money which should bring home millions more.

This is a picture of the $20 million house Dwight just allegedly bought in Newport Beach California. When we have have more information and pictures, you will be the first to know!