Dwayne Johnson Is One Of The Highest-Paid Actors In The World, Here's How Much He Makes On 'Ballers'

By Joseph Gibson on August 18, 2018 in Articles › Celebrity News

It may be completely without precedent: An A-list movie start at the top of their game also starring in a weekly comedy series on television. But that's what's going on now on HBO with Dwayne "The Rock" Johnson, star of the HBO original series Ballers. Johnson is well within the famed "$20 Million Club" for his per-picture deals on the big screen, but he's pretty well compensated for his steady gig on Ballers as well: A reported $650,000 per episode.

In terms of onscreen earnings, Johnson is likely the highest-paid movie star in the game right now, having taken in about $125 million over the last year. Which makes it all the more unusual to find him on the small screen on a regular basis as well, a testament to the performer's well publicized work ethic. That work ethic has impressed at least one of The Rock's collaborators: Alvin Streeter, who worked as a stand-in for him on several of his recent films, including Baywatch and The Fate of the Furious. He recently discussed it with CNBC Make It and had this to say on the subject:

"He's grinding every day … There's an intensity when you're working around him and you can see it and feel it in the air. He's going 150 miles an hour every day." 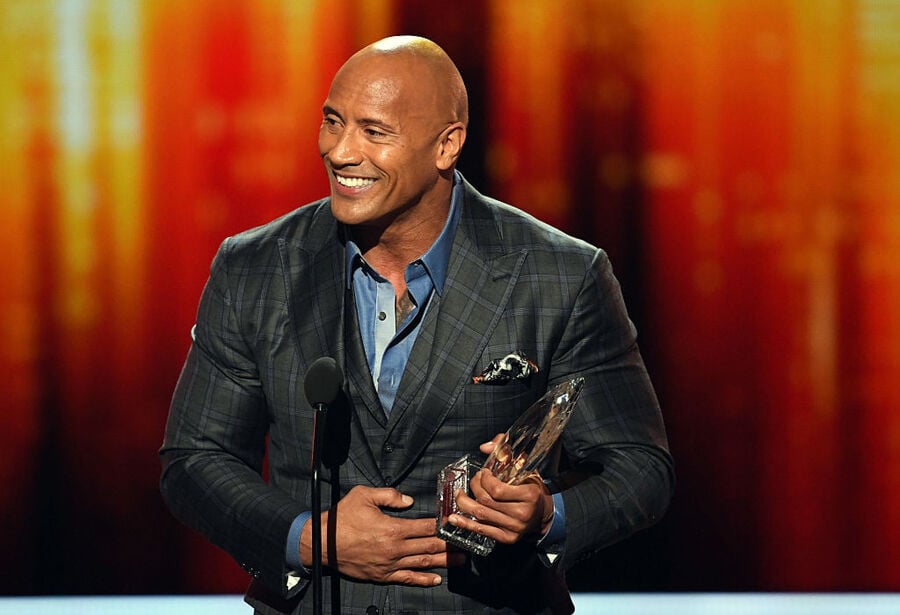 Johnson's Ballers salary is naturally not in the same ballpark as what he makes to work on a feature film, but it does make him one of the highest paid sitcom actors on TV (a strange feat for any movie star to accomplish). The only actors to earn more than him on a per-episode basis are the five original core cast members of CBS' The Big Bang Theory, each of which make a reported $900,000 per episode. But, it probably goes without saying, they're not pulling in any $20 million per picture at the same time!