Whatever thoughts might be going through Drew Brees's head the next time he's on the football field, concerns about what he'll do after his NFL career is over won't be among them, as the New York Post reported that he's signed a deal with NBC Sports said to be worth somewhere in the neighborhood of $6 million per year.

That figure actually comes from an offer that came from one of NBC's competitors – ESPN, which reportedly tried to get Brees to sign on with their outfit as a commentator on Monday Night Football. But for whatever reason, Brees opted to go with NBC instead for a "competitive" amount of money, sources say, after a counteroffer from Brees was rejected by ESPN for being too high.

"Like all NFL fans, we look forward to watching Drew continue his Hall of Fame career this fall, and we are confident his post-playing career will be just as successful." 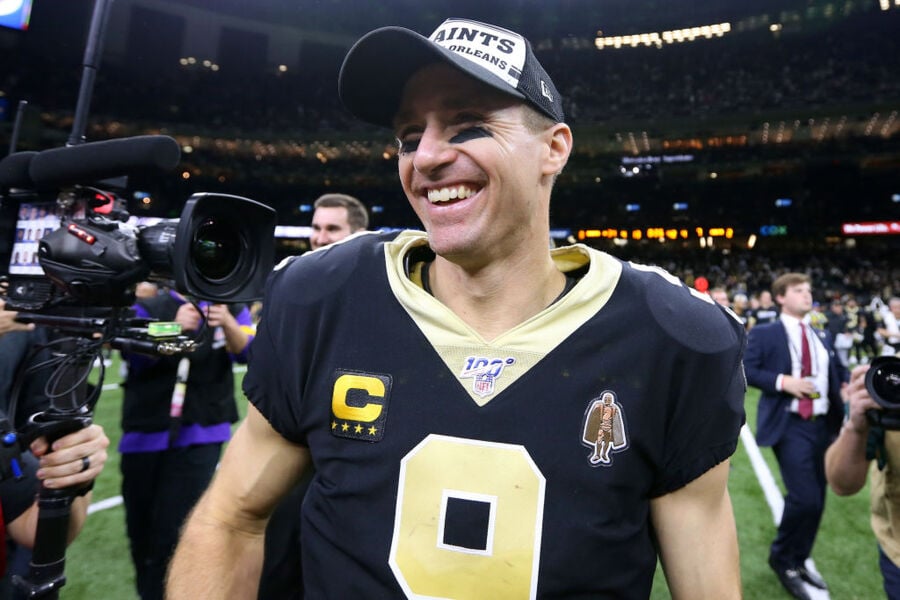 NBC is supposedly looking towards having Brees eventually serve as the replacement for longtime commentator Chris Collinsworth on Sunday Night Football, but before that happens he'll start out as an analyst during Notre Dame football games as well as an in-studio commentator on Football Night in America.

When that happens depends on when Brees actually retires from the NFL. He recently signed a two-year contract with the Saints worth $50 million, but there's widespread speculation that his next season will end up being his last.