It would appear that Drew Brees, quarterback for the New Orleans Saints, was recently on the cusp of signing a two year deal with the team and "virtually ensuring" that he finishes out his NFL career there, according to a tweet from ESPN's NFL insider Adam Schefter:

"Drew Brees' deal will be written as a two-year deal, but in actuality it will be a one-year deal with a team option after the first year, per source. It also will include a no-trade clause, virtually ensuring that Brees finishes his career in New Orleans."

Now, some additional details of Brees' contract with the Saints have come to light following early reports. Specific details about the contract aren't confirmed, but it turns out that it's a bit more complicated than the simple two-year, $50 million contract that was originally reported. The Times-Picayune out of New Orleans reports that Brees is actually signing a deal that's on paper worth as much as $70 million for three years, but with the third year set to void automatically about two years from now:

"The third year of the deal, a shell year in 2020, voids automatically if Brees is on the roster on the last day of the 2019 league year, which will be in March 2020. Again, that extra year is on the contract for purposes of spreading Brees' money to the future, but he won't play under this contract for 2020." 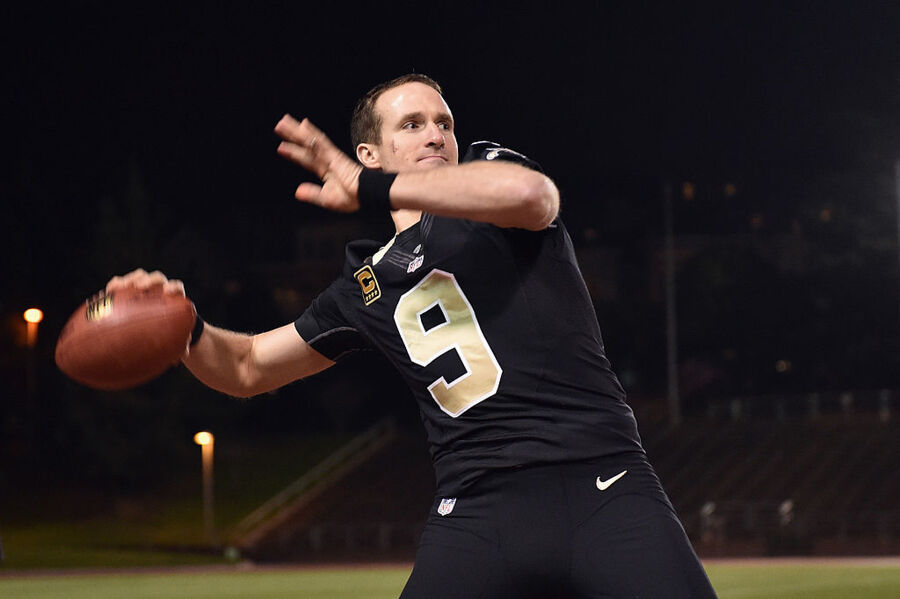 An official signing bonus isn't part of Brees' new deal with the Saints, but he did get a $13.5 million roster bonus which was reportedly guaranteed at signing. Here are the details, as also reported by The Times-Picayune:

Before re-signing with the Saints, who Brees has been with since way back in 2006, there was some boardroom drama involving the Minnesota Vikings, who, according to the NFL Network, made an attempt to snatch him away. This was likely to have sped up negotiations between Brees and the Saints, who would have stood to lose $18 million in salary cap "dead money" had they lost Brees, in addition to Brees himself.

Eleven-time Pro Bowler Brees is in a good place with the team now, despite it being near the end of his long career. He's poised to become the NFL's all-time passing yards leader early this season as long as he doesn't spend it on the bench.