Dr. Dre's Wife Nicole Young Has Filed For Divorce – They Reportedly Do NOT Have A Prenup

After 24 years of marriage, Dr. Dre and Nicole Young are splitting up, according to news first reported by TMZ. Financial details for the time being are sparse, but the couple reportedly signed no prenuptial agreement, meaning that a substantial portion of Dre's enormous fortune may be on the line in any divorce settlement between the two.

Dre and Young were married in May of 1996 and both of their kids (23-year-old son Truice and 19-year-old daughter Truly) are grown up, so child support won't be part of any such settlement, but Young is said to be seeking an undisclosed amount in spousal support. According to California law, if the marriage lasted longer than 10 years, spousal support typically lasts indefinitely. Had the marriage been less than 10 years, the rule is that support would last for half the length of the marriage. Of course, couples can agree to any terms which they… can agree to. If Nicole is satisfied receiving a large lump sum and no spousal support, they can fully move on from each other.

As of this writing, we estimate that Dr. Dre's net worth is $820 million. And unlike many extremely rich celebrities, Dre's assets are mostly liquid. Other than roughly $80 million worth of real estate in Los Angeles, all of which is located in Los Angeles, Dre's fortune should be fairly easy to divvy up. It's not like he owns a company that needs to be valued and bought out.

Young is an attorney herself, but helping her out in the case is one Samantha Spector, who is known as a high-profile celebrity lawyer, having represented Amber Heard in her divorce from Johnny Depp, among other high-profile (and high-net-worth) individuals. 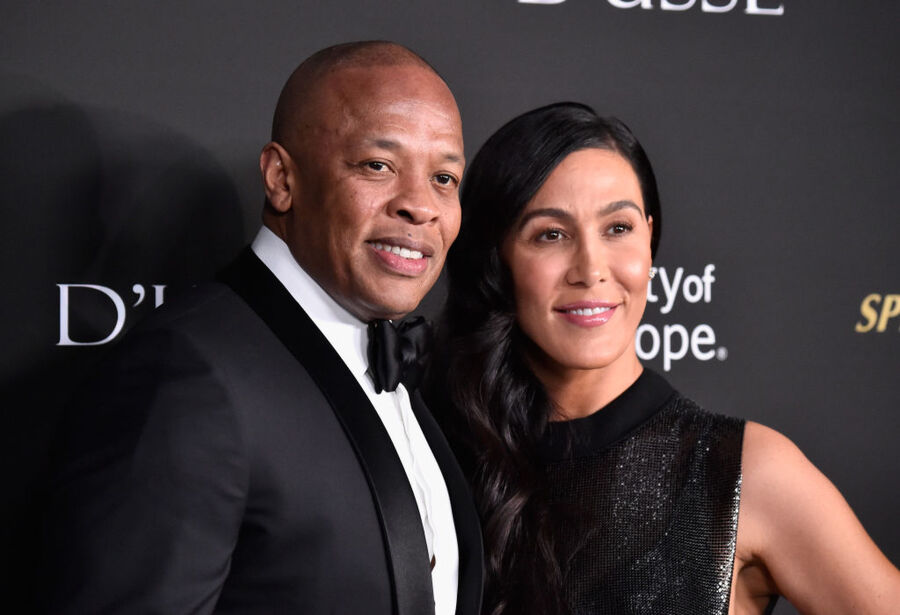 The news comes as Dr. Dre has been having a pretty good year, with his classic 1992 solo debut The Chronic being inducted into the Library of Congress and launched on music streaming platforms, and a new collaborative album with Kanye West purportedly almost ready for release. And as part of the 2020 Grammy Awards in January, Dre received a lifetime honor from the Recording Academy's Producers and Engineers Wing, celebrating his work.

Neither Dre nor young have commented publicly on the split as of yet, but Young's divorce filing contains the standard "irreconcilable differences" language.

While not quite in the Billionaire Rapper club, Dr. Dre is nevertheless one of the most financially successful figures in all of hip-hop, thanks in large part to his involvement in the Beats by Dre brand, which Apple purchased in 2014 for $3 billion.

Prior to the Beats sale, Dre was worth around $200 million (some of that value was the former private value of Beats). As 25% owners of the company, both Dr. Dre and Jimmy Iovine walked away with $750 million from the sale (pre-tax). The vast majority of their earnings was cash.

So with no prenuptial agreement, the divorce settlement between Dre and Young could eventually prove to be among the biggest ever.