If you have spent any time on Celebrity Net Worth you probably know that, along with Forbes and Bloomberg, we are one of the world's primary sources for tracking and reporting the net worths of public individuals. And if you've spent any time on CNW, Forbes or Bloomberg, you may have also noticed that our estimates of Donald Trump's net worth varies quite a bit from Trump's own estimation.

In June, when he announced his Presidential campaign, Donald Trump released a detailed summary of his personal net worth. This summary pegged his net worth at $8.7 billion. At that time, CNW assessed The Donald's net worth to be $4.5 billion. Forbes had it at $4.1 billion and Bloomberg was right around $4 billion. By July, Trump had bumped up his net worth to $10 billion.

This week, Randall Lane of Forbes published a long detailed report on Trump. For the article, Lane interviewed over 80 sources and spent lots of time with Donald himself scouring over Trump's assets. Lane's conclusion was that Trump's net worth is $4.5 billion, (which we would like to humbly point out, is the exact number that CNW has been reporting for months).

Now Trump has fired back at Forbes stating that "I'm worth much more than you have me down (for)." Trump said that his $4.5 billion dollar net worth simply makes him look bad. "I mean, I look better if I'm worth $10 billion than if I'm worth $4 billion."

Mr. Trump even called Forbes "a bankrupt magazine" and said that they were incompetent. He said that the magazine doesn't know what they're talking about and was "embarrassing". Trump likes to talk trash to people who value him lower than he feels he is worth. He accused Michael Bloomberg of being jealous when his news service valued Trump lower than what tickled his fancy.

Trump went on to say that Forbes has a personal vendetta against him and is trying to knock him down a peg. "I think you're trying to make me as poor as possible" Trump said. He even claimed that a "respected magazine" is going to be coming out with an $11.5 billion net worth for Donald. Trump also agreed that he believes that Forbes uses "a different methodology to value him than it uses for every other real estate titan on The Forbes 400" because "I'm famous, and they're not." 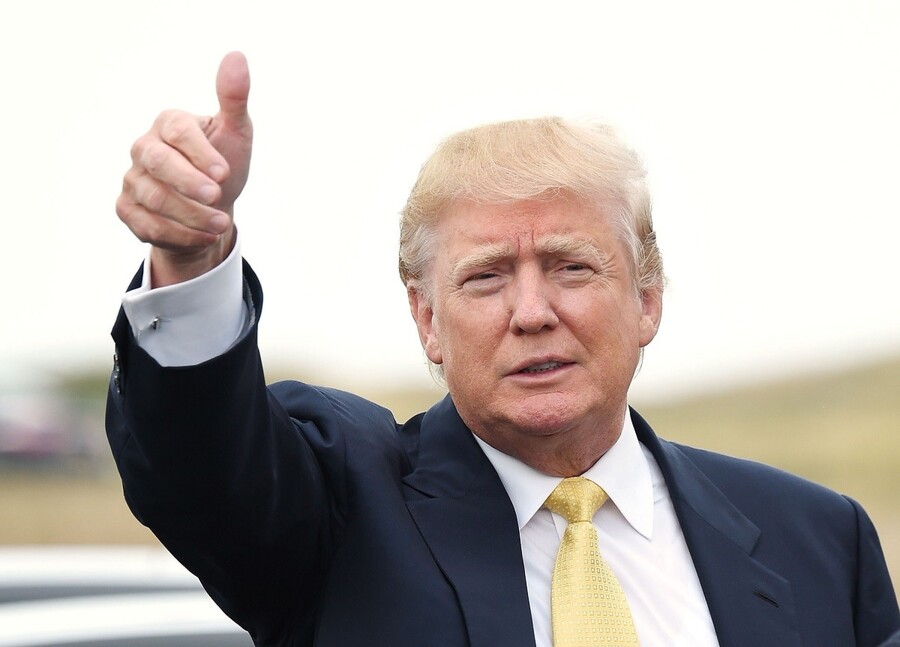 Donald Trump has already fired shots at Forbes and Bloomberg, so perhaps Celebrity Net Worth will be next. The presidential hopeful once even went so far as to file a $5 billion lawsuit against New York Times reporter and author Timothy L. O'Brien, partly because Trump did not like the valuation O'Brien gave him in his book TrumpNation: The Art of Being the Donald.

I for one am all for "Making America Great Again" and running this country like a successful business, but this pettiness has reached a whole new level. None of our greatest Presidents have come into the White House with a net worth of anywhere close to even a billion dollars before. If Trump is actually serious about becoming president, he has bigger fish to fry, and he can buy a whole lot of fish for $4.5 billion.