By Brian Warner on February 13, 2012 in Articles › Celebrity News

In the wake of her untimely death, Whitney Houston's estate stands to make a fortune as the late singers catalogue of songs and merchandise shoot to the top of Amazon and iTunes' best seller charts.

Intriguingly, country star Dolly Parton might turn out to be one of the biggest financial beneficiaries of Whitneys tragic and sudden death. How is that possible? Many people are not aware that Dolly Parton actually wrote and owns the rights to Whitney's biggest hit "I Will Always Love You" from The Bodyguard soundtrack. Parton wrote the song in 1973 and it reached #1 on the Billboard country music charts. A few years later Elvis Presley wanted to record a version of the song to Dolly's delight. Unfortunately, Elvis' manager Colonel Tom Parker insisted that Dolly sign over 50% of the publishing royalties. Against her management's advice, Parton refused. 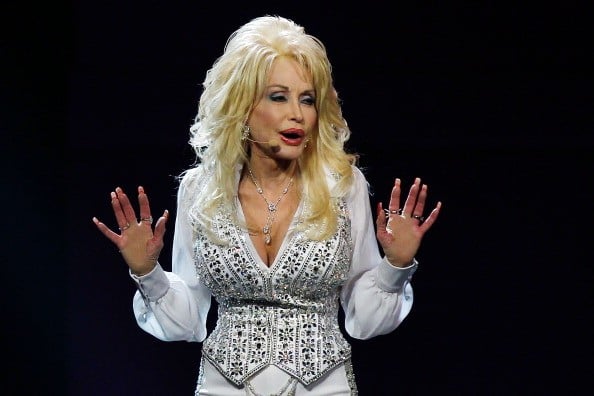 For a time, rejecting Elvis seemed like a huge mistake but then Dolly went on to re-record and re-release the song in 1982 as part of the soundtrack to the movie The Best Little Whorehouse in Texas. The song again reached #1 on the Billboard country charts therefore making Parton the first artist to have a #1 hit with the same song twice.

Nearly a decade later, when producer/actor Kevin Costner was scrambling to find a last minute song replacement for the soundtrack to The Bodyguard, one of his assistants heard Dolly's version on the radio and played it for Kevin and Whitney. They both were floored and quickly arranged for Whitney to record soul ballad version. The rest is history as Whitney's version of "I Will Always Love You" was #1 on the Billboard Hot 100 list for 14 weeks, a record for the time. The single went on to sell over 5 million copies in the US and over 3 million copies worldwide.

Dolly Parton eventually earned over $10 million from Whitney's version. Parton ironically pointed out that she made "enough to money to buy Graceland" off the song. Which brings us to the present and Whitney's unfortunate death. Houston's songs have sky rocketed in popularity, especially I Will Always Love you which means Dolly Parton stands to make millions over the next 12 months. As the owner of the writing and publishing rights, Dolly will earn roughly 8 cents per radio play and $2 per album sold. After Michael Jackson's death his album Thriller sold over 1 million new copies and when you combine digital sales and radio royalties, Jacskon posthumously outsold Jay-Z, Beyonce, Madonna and Lady Gaga combined!

As we have reported in earlier CelebrityNetWorth articles, Whitney may have been financially destitute at the time of her death. She was rumored to be asking friends like Clive Davis for loans as small as $500 and was living off of a generous advance her record label Arista paid for a future album. Whitney had already lost a house in Atlanta to foreclosure and was close to losing her $6 million New Jersey mansion for the second time (the first time Clive Davis loaned her over $1 million to settle debts with the IRS and banks). Now Whitney Houston's estate will likely earn a fortune over the next 12 months. Not quite as high as the $300 million Michael Jackson's estate earned after his death, but still an incredible amount of money.

Whitney Houston's Estate is About to Make a Fortune

Was Whitney Houston Flat Broke When She Died?