Abigail Disney is the grandniece of Walt Disney, but she's chosen a different path from her famous relative over the course of her career as a filmmaker. Where Walt famously made a life's work of entertaining as many people as he could reach, Abigail's approach as a producer, writer, and director has been to focus on socially conscious documentaries that seek to enlighten and inform – and she's become known of late for her outspoken public statements. In a recent interview with The Cut she continued that tradition, stating her opposition to a familiar staple of the multimillionaire and billionaire lifestyle, the private jet:

Maintaining one's humanity is a compelling argument against things like private jets, but Disney says she stopped using the one once owned by her own family after she stopped to consider the environmental impact, as well as the financial cost, of using it:

"We would use the plane occasionally because I have four kids, so it was much easier, obviously, to ride on my dad's plane with them…Then, at a certain point, I just said, 'No, I think this is really bad for everybody.'" 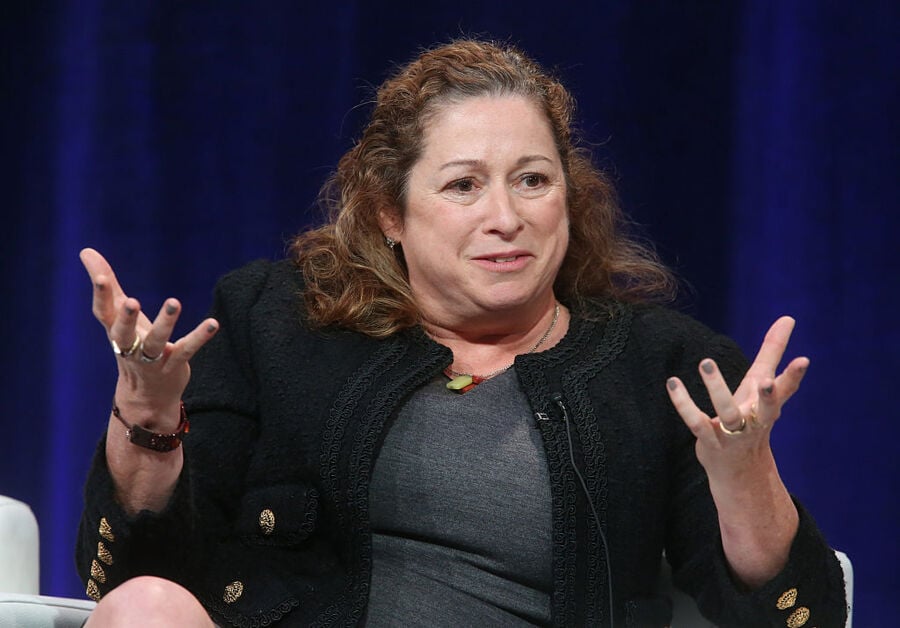 While her call to outlaw private jets may be taken with some degree of tongue in cheek, Disney has also called for more serious policy changes regarding the taxation of the ultra-wealthy. She recently joined 17 of her fellow rich colleagues to pen an open letter calling for the current crop of Democratic presidential candidates to support a wealth tax that would be used to benefit environmental, social, and economic causes within the US.

The letter was only the most recent example of Abigail Disney's activism. And over the last three decades, she's donated an estimated $70 million towards various philanthropic causes since she turned 21.

As for her personal net worth, in 2019 she estimated that her net worth was $120 million, and had been for many years.