By Marvin Jules on December 4, 2016 in Articles › Celebrity News

Ever since the debut of the first Star Wars movie in 1977, the franchise has positioned itself as arguably the most popular film franchise of all time. Fans flock to theaters every time a new movie comes out, and you can expect that when the next film, Rogue One: A Star Wars Story, releases next month, it will be no different. What makes this upcoming Star Wars film different from the others, though, is that it will be the franchise's first standalone movie. The movie will likely be critiqued heavily, and as a result, those pulling the strings  want to ensure that the film is as close to perfect as it can possibly be. But boy, did they have to pay a particular filmmaker a pretty penny to do so.

Tony Gilroy, who directed Michael Clayton and The Bourne Legacy, was brought onto Rogue One during the film's reshoots over the summer. The reshoots were order by Disney executives who were not happy with the movie after seeing it earlier this year. Gilroy was initially brought on to help the film's director, Gareth Edwards, with different aspects of the film such as helping to clean up dialogue and overseeing the reshoots. In exchange for his work, he received a cool $200,000 per week, an amount that is standard for a writer of his caliber working on big-budget film. 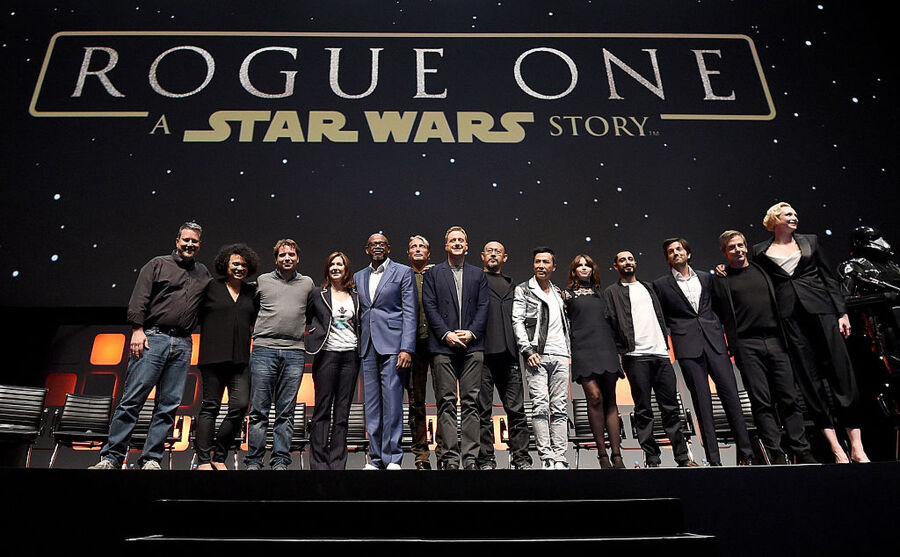 But after a while, Gilroy's workload increased, which included his larger role in helping to edit the film's ending.  The cost of doing business for Disney and Lucasfilm ended up being significantly more, earning Gilroy over $5 million in the process.

While that does seem like a lot of money, take into account the fact that Disney paid $4 billion to buy George Lucas' Lucasfilm back in 2012, and the first film they made after the purchase, The Force Awakens, made north of $2 billion. Rogue One likely won't surpass those numbers, but the people bankrolling the film will probably get their investment back at the box office, when the film debuts in theaters on December 16.

Neither Gilroy or his representatives had a comment when asked about his pay.