Did The Former King Of Spain Receive A $100 MIllion "Donation" From The King Of Saudi Arabia And Later Gift $77 Million To A Former Lover?

Juan Carlos I, the former king of Spain who served for nearly 40 years, went into exile abroad in Abu Dhabi earlier this month. The 82-year-old, who abdicated the throne in 2014, announced the move in a letter to his son, King Felipe.

The ex-monarch was a popular ruler during his reign, widely credited with bringing democracy to Spain after the death of dictator Gen. Francisco Franco in 1975. But a series of revelations about Juan Carlos's private life and financial affairs have cast a shadow over his legacy. He's left the country, though Juan Carlos's wife, Queen Sofía, will remain in Spain at the Palace of Zarzuela.

Earlier this year, the Spanish supreme court launched an investigation into a nearly $8 billion deal with Saudi Arabia. The deal aimed to construct a high-speed rail line between two Saudi cities, Medina and Mecca.

Both Spanish and Swiss anti-corruption officials are looking into multiple accounts Juan Carlos and his alleged associates have held in Switzerland. Juan Carlos had immunity from prosecution at one point, but that immunity disappeared after his June 2014 abdication. 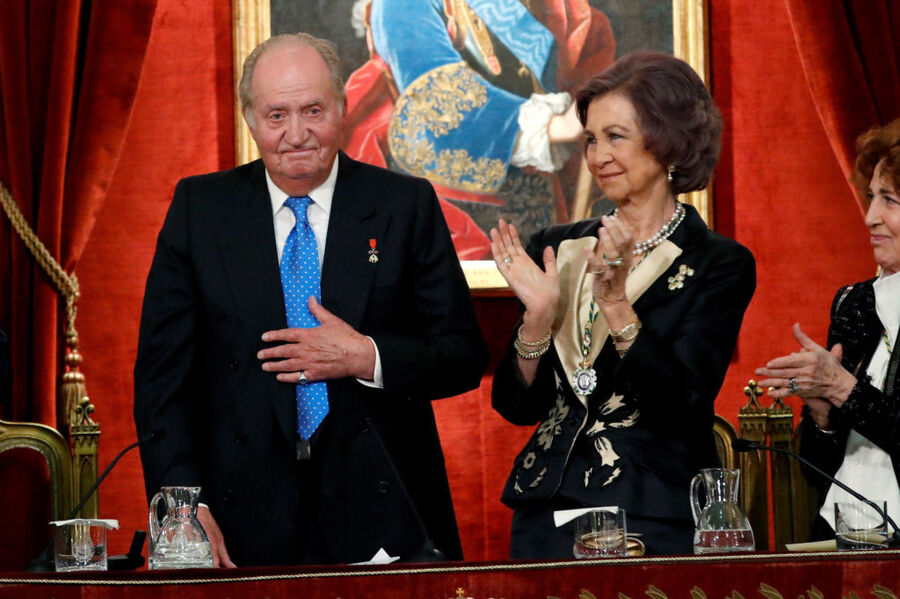 One of the investigated offshore accounts shows a $100 million "donation" from the king of Saudi Arabia. Juan Carlos tucked that money away in 2008.

Then, four years later, he allegedly gifted €65 million, or more than $77 million, to his former lover, Corinna Zu Sayn-Wittgenstein. That gift allegedly came from the same account as the donation.

Zu Sayn-Wittgenstein claims she received the money because Juan Carlos felt guilty about the media scrutiny his former lover faced. She allegedly had her apartment ransacked, received threats, and was visited by Spain's Centro Internacional de Inteligencia.

Zu Sayn-Wittgenstein doesn't believe Juan Carlos was laundering money or trying to keep it a secret. But two years later, the king demanded she give the money back to him. That money is now being investigated among the corruption allegations.

The whole situation is yet another tarnished mark on the former king. Now, he awaits whatever justice may come his way.