By Joseph Gibson on July 7, 2016 in Articles › Celebrity News

The name Christian Laettner is one of the most infamous in the history of college sports – according to one recent ESPN poll, he ranked as the most hated player in college basketball, even 20 years after he graduated from Duke. While some people have made a successful career out of parlaying the hatred of the public into profitable business ventures, Laettner is evidently not one of them, according to a recent court filing by five creditors who say he owes them an enormous $14.05 million, combined. The creditors and the amounts they say they're owed by Laettner are listed below, courtesy of Kentucky's Lexington Herald-Leader:

Jonathan Stewart's name might be familiar, because he is currently a running back for the Carolina Panthers. Ernest Sims is a former NFL linebacker. 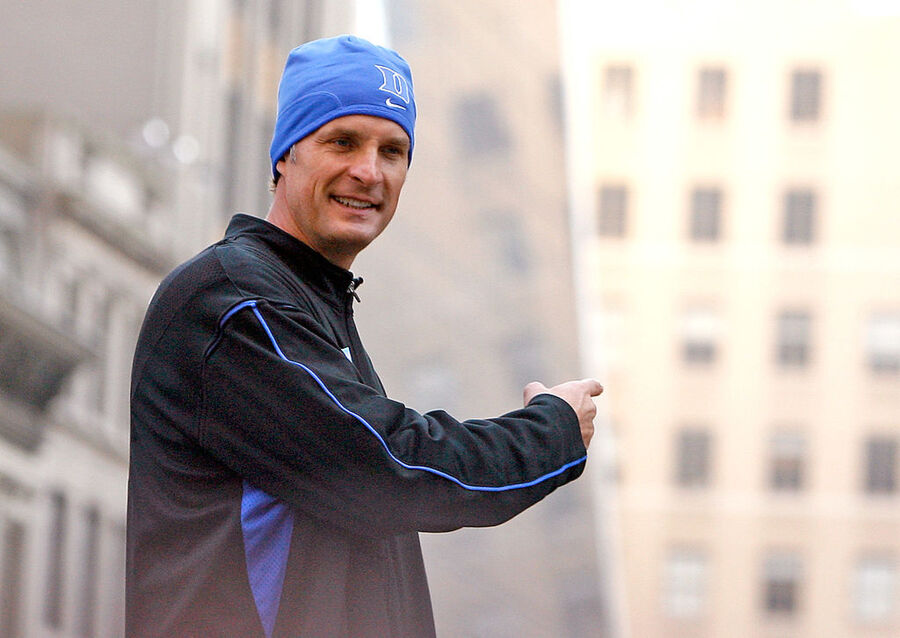 The purpose of the filing is to force Laettner into bankruptcy, and for his finances to be under the supervision of the U.S. Bankruptcy Court, Middle District of North Carolina.

As per the law, Laettner has until July 19 to respond to the filing, which was delivered to his attorney Richard M. Hutson on July 1st.

The debts relate to a company called Blue Devil Ventures that Laettner and his Duke roommate Brian Davis founded in 1995. Blue Devil Ventures is a commercial real estate development firm that made waves when it announced it planned a $160 million revitalization project in Durham. The project never formalized and Blue Devil sold their property to two developers in 2013. Those developers ended up flipping the property for $187 million, which actually resulted in Blue Devil receiving a $10 million payday.

Laettner, who earned $61.5 million during his NBA career, ran into debt problems related to his real estate ventures before. He previously lost a $3.7 million judgment to former NFL player Shawne Merriman. Blue Devil Ventures also had to repay a $2.5 million loan to Scottie Pippen as part of a failed attempt to buy the Memphis Grizzlies.

Laettner was served a foreclosure notice on his $3.6 million Ponte Vedra Beach, Florida beachfront home in March of 2016. The total amount owed on the home had climbed above $5 million after penalties and interest. Laettner and his wife also own a $355,000 condo in the same area.