By Joseph Gibson on September 25, 2019 in Articles › Celebrity News

In a story that will probably give many people a pleasant twinge of nostalgia for a bygone era, Dennis Rodman recently made an interesting claim about Madonna in an interview on The Breakfast Club. During that interview, Rodman said that Madonna once offered him $20 million to have a baby with her – payable on delivery.

"She said, 'Dennis, you know that I'm ovulating…I said, 'What is that?' I was trying to [mess] with her, you know?…She asked me that if I got her pregnant she'd pay me $20 million." 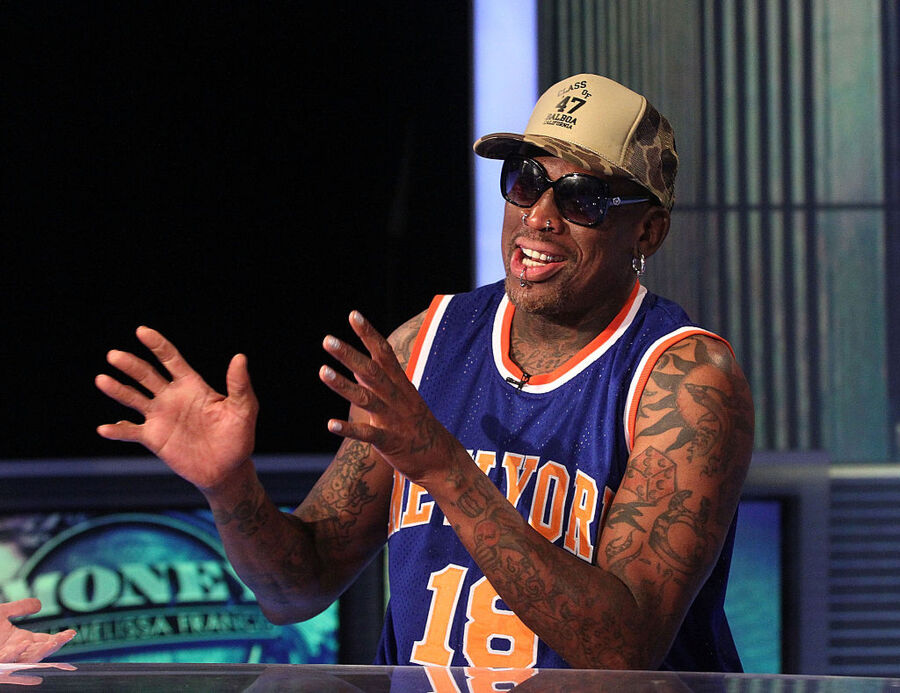 Rodman went on to explain that the deal had only one "catch," which was that he would only be paid after the baby was born. It's not clear whether the lack of cash up front was what dissuaded him from accepting the alleged offer, but he went on to speculate that Madonna may have made similar offers to other people as well, even going so far as to suggest that her child with trainer Carlos Leon might have been the result of just such a deal.

For her part, Madonna doesn't appear to have commented on Rodman's story publicly as of this writing.

In any case, the offspring of Madonna and Dennis Rodman, was never conceived, depriving the world of whatever exploits they would be getting into today.