Dennis Quaid and now ex-wife Kimberly have put the finishing touches on their divorce, and the financial details of their settlement are now available for public scrutiny, courtesy of TMZ.

The most important part of the settlement – custody of the pair's ten-year-old twins – is a 75/25 percent split, with Kimberly getting the larger portion. In child support, Dennis will have to kick in $13,750 per month, unless he has a good year and makes more than $1.3 million, in which case the child support obligation goes up. In spousal support, it's a lump sum payment of $2 million, plus another million to even out the property split:

Kimberly filed for divorce in 2016, but it was actually the second time she did so. She first filed back in 2012, but ended up withdrawing it before the split actually took. In 2016, they issued a join statement to TMZ on the split:

"After careful consideration, we have decided to end our 12 year marriage. The decision was made amicably and with mutual respect toward one another. We will always remain great friends and devoted partners in raising our children." 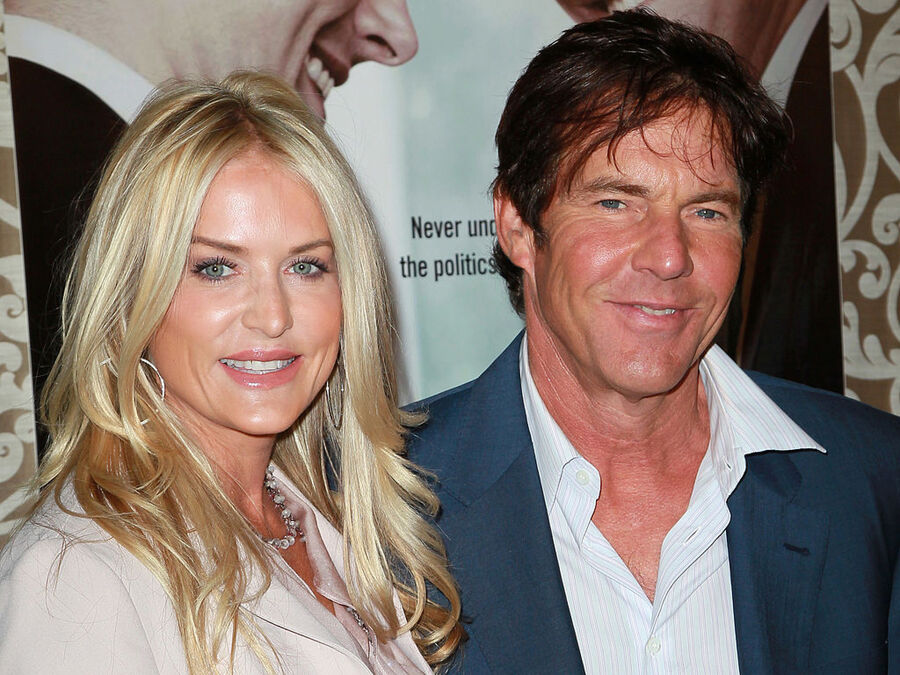 The couple also made headlines in 2008, when they sued and eventually reached a settlement with Cedars-Sinai Medical Center regarding a botched procedure after the twins' birth that almost killed the pair shortly after they were delivered.

Dennis and Kimberly got married back in 2004, and all the residual payments Dennis gets from his film work before the point that they were married remain his and his alone. But the residuals from movies he made after they got married get split between the two of them on a 50/50 basis.