By Joseph Gibson on September 10, 2019 in Articles › Celebrity News

Formerly married stars Denise Richards and Charlie Sheen finalized their divorce way back in November of 2006, but their financial disputes are reportedly far from over. A new Us magazine report says that Richards has filed documents alleging a total of some $450,000 in unpaid back child support she says he owes her and their two daughters (Sam, 15 years old, and Lola, 14 years old).

Richards went to a judge in August to try and legally force Sheen to pay the $450,000, and in the filed documents she says he's been financially irresponsible at the expense of their kids:

"[Charlie] has squandered over $24,000,000 from the sale in his interest in Two and a Half Men to pay his personal debts and to support his extravagant lifestyle at the expense of support payments for his children." 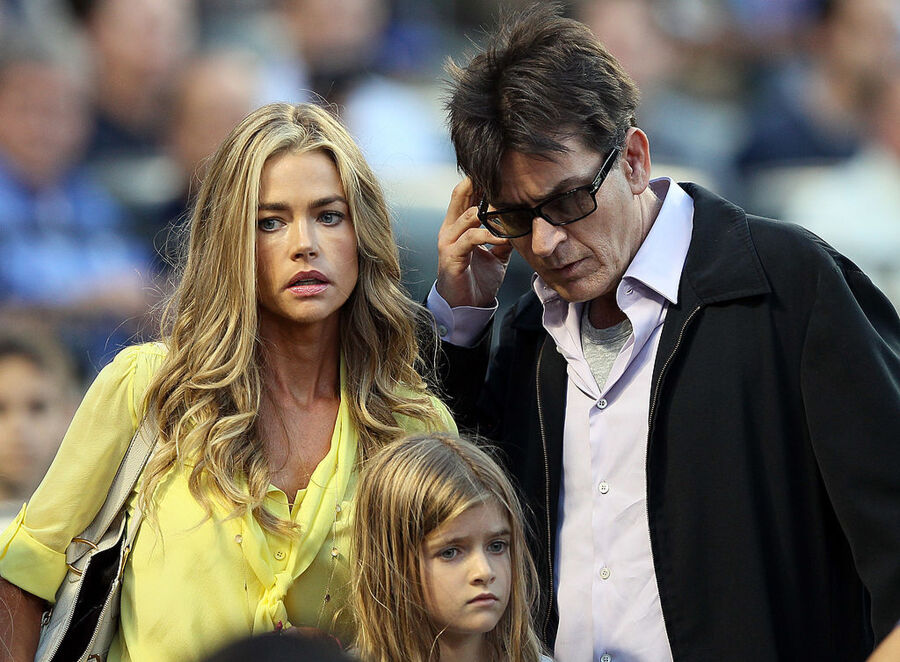 The documents go on to specify Sheen's alleged financial priorities over the last few years:

"During the time frame since our last stipulation/order in 2016 he has failed to pay $450,000 in support while diverting over $600,000 in assets to adult family members and converting thousands of dollars into cash for his own personal use."

As you might have already guessed, Sheen has his own version of events, and in a statement to The Blast he put it like this:

"D and her legal posse traffic only in fiction…My day in court is painfully overdue. She is behaving like a coward and the truth will prevail."

Sheen filed some documents of his own about a year ago, when he asked a judge to lower the monthly child support payments he owes to both Richards and his ex-wife Brooke Mueller.

Now, it remains to be seen how this matter will be settled in court, and if Sheen and Richards will be able to reach some kind of tenable financial arrangement.