Deion Sanders Has To Pay $10,000 A Month In Child Support

NFL living legend Deion Sanders is seeing a bit of a bump in his overhead thanks to a recent judge's ruling that he has to fork over $10,000 per month to his ex wife Pilar Sanders, in addition to $275,000 for her legal fees. But it wasn't all bad news for the former Dallas Cowboy player – the judge also ruled that he does not have to pay anything in the way of spousal support (I guess the $10,000 for child support was enough). 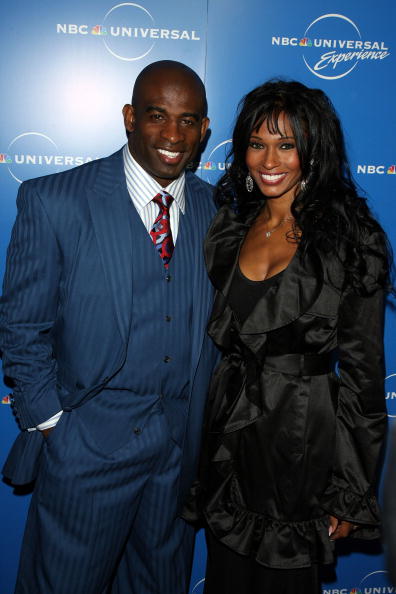 This is just the latest development in what has been a particularly nasty divorce between Deion and Pilar Sanders. Evidence if the contentious nature of the proceedings can be found in another aspect of the court order, which mandates that Pilar "six containers of Deion's property" before the date of July 1st.

As if that weren't sad enough for the formerly married couple, Deion Sanders got a restraining order placed on his ex wife last week. The terms of the restraining order are that Pilar cannot go within five hundred feet of Deion's home in Dallas. Also lost in the divorce (presumably): The couple's reality TV series on the Oxygen network entitled Deion & Pilar: Prime Time Love, which has been one of the network's most popular series. It debuted in 2008, and hasn't been officially canceled, but since the couple first filed for divorce back in September of 2011, it's probably safe to assume the show is over with.

As for Deion, that $10,000 per month isn't likely to make much of a dent in his earnings, as he has a lot on his plate thanks to his NFL stardom. An endorsement deal with security company Monitronics is one, a lucrative second career as an NFL commentator for the NFL Network is another.