By Joseph Gibson on November 17, 2020 in Articles › Celebrity News

Filmmaker David Fincher has had a long relationship with Netflix, going all the way back to their first original series, "House of Cards." Since then, he's produced and directed several episodes of the series "Mindhunter" and has "Mank," his first feature film in six years, hitting the platform soon. And now, The Playlist reports that Fincher's relationship with the streaming service will continue for at least another four years.

Fincher gave an interview to French film magazine Premiere alluding to the agreement (as transcribed by The Playlist):

"Yes, I have an exclusivity deal with [Netflix] for another four years…And depending on 'Mank's' reception, I'll either go see them sheepishly asking them what I can do to redeem myself or take the attitude of the arrogant asshole who'll require making other films in black and white. [Laughs] No, I'm here to deliver them 'content' — whatever it means — likely to bring them spectators, in my small sphere of influence." 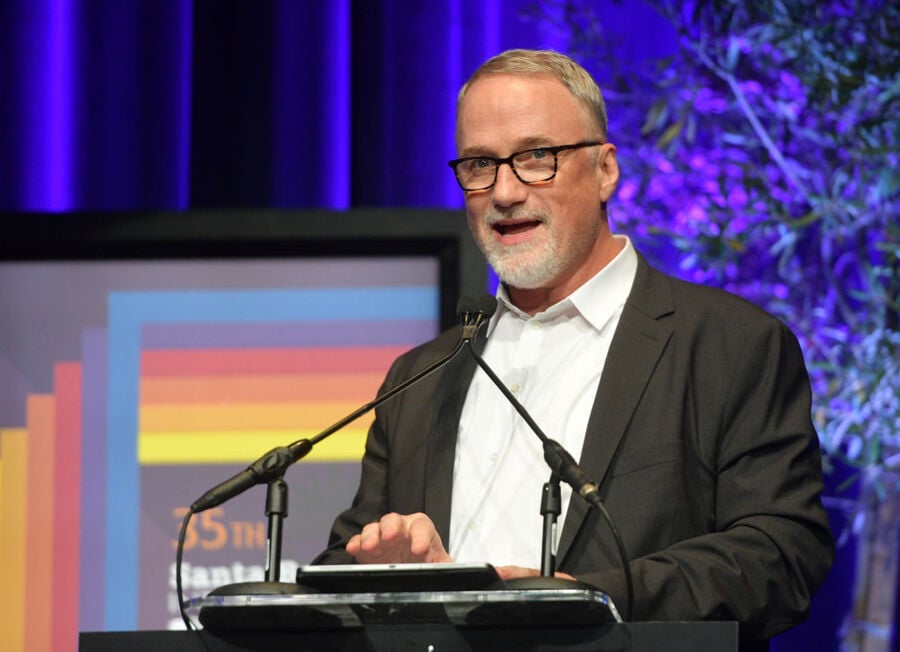 What Fincher doesn't mention in the interview is how much the deal is worth, but a source tells The Playlist that it's a massive deal somewhere in the nine figures. According to Fincher, it wasn't just the money but the creative freedom associated with Netflix that enticed him to sign on for another long haul:

"Now [because] I signed this Netflix deal it's also because I'd like to work like Picasso painted, to try very different things, to try to break the shape or change the operating mode. I like the idea of ​​having a body of work. And yes, I admit that it feels strange, after forty years in this profession, to only have ten films under my belt. Well, eleven, but ten that I can say are mine. Yes, objectively, it is a pretty terrifying observation."

After "Mank," it's not known what Fincher is going to do next, and it seems like not even Fincher himself knows. But whatever his next projects might be, you can expect to see them on Netflix.