By Issac Morgan on June 2, 2015 in Articles › Celebrity News

'When it rains it pours', resonates all too well with Damon Dash right now, due to the laundry list of financial difficulties piling up for the former Roc-A-Fella Records CEO. On a scarcely good note, Dash can avoid jail time if he pays ex-wife Rachel Roy over $340,000 for his negligence in child support, according to court records. Donnell Saures, Roy's attorney, claims that Dash owes $91,249 in back child support plus additional fees, as well as $250,750 in bills his client had to pay due to Dash violating their divorce agreement.

To make matters even worse, a New York judge has ordered him to pay some of Roy's court fees, which is an additional $25,000. But that's not it; to add fuel to the fire, the hip hop entrepreneur was charged $51,019 in child support payments due to the mother of his 11-year-old son, known as Cindy, also claiming that Dash is a dead beat dad.

Despite Dash not choosing legal representation to make remarks on the matter, Dash couldn't bite his tongue and revealed his frustration through a very offensive Instagram post, stating that Roy's attorney is a "coward that takes advantage of weak women and makes money off wasting time and separating family's so he can feed his own." Dash's retaliation technique isn't too surprising, since he is known for his ego and hot temper. 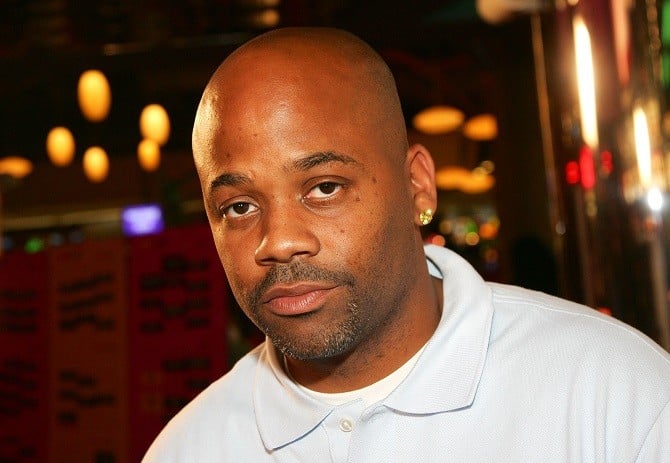 According to a recent report on the entertainment site, The Shade Room, Mr. Saures fought back via email to clear his name:

"My name is Donnell Suares, and I am an attorney who specializes in representing individuals who are seeking child support from financially delinquent parents.  Mr. Dash made comments about me and my practice on Sunday on Instagram.  It is important to note that I am not the attorney of record for Mr. Dash. I represent the mother of Damon Dash's children. She retained me to represent her in seeking back child support from Mr. Dash. Mr. Dash described the mother of his children as "weak".  My client is a strong and intelligent woman seeking to recover what she is rightfully and legally owed according to the law. "

It's also safe to assume that his days of living the "lavish life" are cut short, unless the Harlem native can figure out how to recharge his career at the age of 44. At a peak in his career, Damon had an estimated personal net worth of $50 million but went dead broke in 2009 due to various lawsuits, owing the IRS and foreclosure's on his upscale properties in New York.

Fortunately, his son, Damon Dash II aka Boogie Dash, is in the process of filming a new reality show about his cookie business, Chipz Cookies, coming soon on WeTV, which may help generate some money for Dash's legal battles, assuming his son is willing. Recently, renowned CNN journalist Larry King sat down with Damon in an in-depth interview on Larry King Live, discussing more than just his legal woes. He surprisingly reopened the dreadful conversation in regard to his scarred relationship with Jay-Z, saying that he keeps a distance from the music industry pioneer because he is in business with people that are against his 'honor code'.

"I usually don't talk about him," Dash said. "Just because of this, but there's been things where he's been in business with people that are against my honor code, so because of that where I'm from I kind of have to keep a distance."

I'm sure we will hear more news about Damon Dash, hopefully, it will be more positive stuff that can restore his tarnished reputation and as well as finding a means for a solid paycheck, which he desperately needs both.