By Joseph Gibson on November 1, 2022 in Articles › Celebrity News

Rapper DaBaby had a brush with infamy in the summer of last year, when he made homophobic remarks during a performance at the Rolling Loud Festival in Miami and then refusing to apologize for them. The ensuing controversy did damage to his career and his reputation, and now he's estimating that the incident cost him some $100 million in lost revenue.

The figure comes from a recent interview DaBaby gave with "Ebro in the Morning" on New York's Hot 97 radio station. And the rapper says he's taking accountability for everything that happened:

"I take accountability for everything, every single bit of it. You get what I'm saying at the end of the day, but most importantly knowing on hindsight, when you get to a certain level in this business, you held accountable for different levels of things." 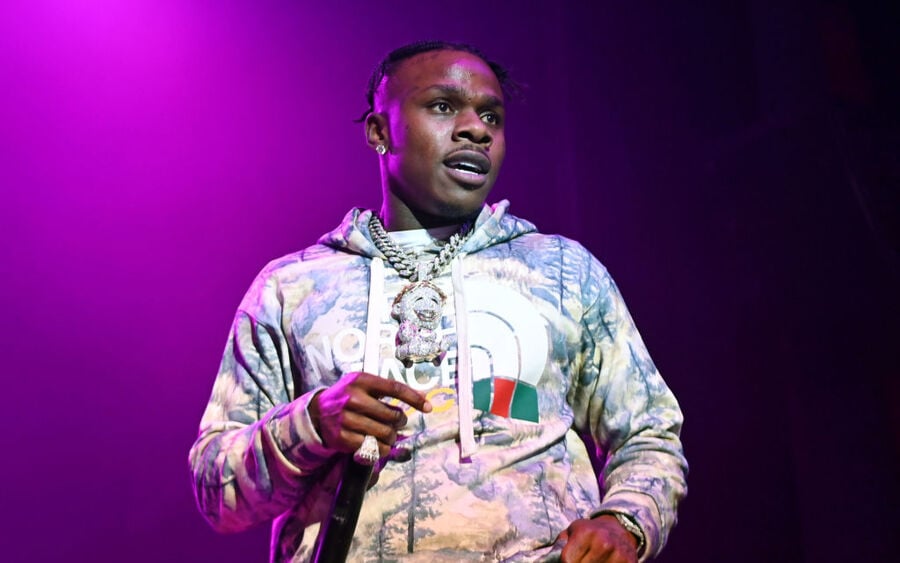 DaBaby claimed that that the incident cost him $100 million over the course of a single year in lost revenue from canceled concerts and record deals, characterizing himself as a cautionary tale for other young artists:

"I'm not into all the conspiracy theories, this and that, until you see it really cost a ni**a $100 million within a year's span."

In a separate interview with Big Boy on 92.3, DaBaby pegged the number a bit lower:

"$20-30 million that I woulda had before the ball dropped. "I had $30 million worth of shows on the schedule before December 31."

Regardless of the exact amount, if we're talking $20-30 or $100 million in losses, it's painful. Speaking to Erbo again:

"I played myself out of millions. Millions. So take me as an example, young artists coming in, when you pop."

It's not possible to confirm whether or not DaBaby really lost $100 million in potential income, especially with the domino effect of losing so much concert and festival exposure on record sales and online streams. But the AfroTech story on DaBaby's comments points out that we do know he had a number of high-profile performances canceled after the incident, including scheduled gigs at festivals like Can't Wait Live!, Day N Vegas, the New York City Governor's Ball music festival, the iHeartRadio Music Festival, Music Midtown, and the Parklife Festival, all within the span of a year.

No matter how you calculate the numbers, it's inarguable that DaBaby lost out on some very lucrative opportunities as a result of the controversy. And time will tell whether he's able to launch a successful comeback.