By Brian Warner on February 25, 2013 in Articles › Celebrity News

A few months back former Major League pitcher Curt Schilling announced that had lost his entire $50 million baseball fortune on a failed video game company called 38 Studios. This weekend, Curt auctioned off his famous bloody sock from Game 2 of the 2004 World Series to help pay off various business and personal debts. The sock is arguably the most famous symbol of how the Red Sox beat the Cardinals and thus broke the 86 year old "Curse of the Bambino". Schilling had originally loaned the sock to the Baseball Hall of Fame but was forced to ask for it back so he could raise much needed cash. Speculators estimated that the sock would fetch as much as $400,000 from some wealthy Boston fan, but unfortunately the final winning bid was just $92,613. Still a lot of money for a dirty sock.

As a life long fan of video games, Schilling founded the company 38 Studios in 2006 with the goal of someday competing with gaming powerhouses like Activision/Blizard, EA and Rockstar. Curt's favorite game of all time was World of Warcraft, so 38 Studios was going to focus on creating similar MMORPGs (Massively multiplayer online role-playing games). Everything was going smoothly until 38 Studios accepted a $75 million loan from Rhode Island's Economic Development Corp. In exchange for the loan, Schilling and 38 Studios agreed to move the entire company to Providence and create 450 new local jobs by 2012. Unfortunately the economic downturn combined with poor sales caused the company to default on a $1.1 million payment that was due May 1st, 2012. Later that month, 38 Studios was forced to layoff its entire staff of 400 after missing two payrolls. 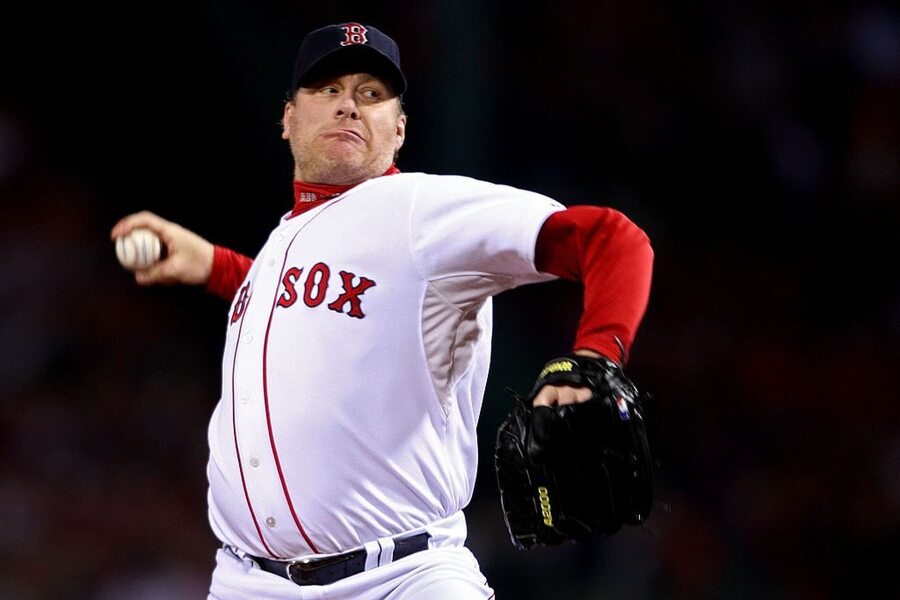 During his career, Curt Schilling earned nearly $115 million in playing salary alone and additional millions through endorsements. Five years into retirement, after taxes, manager fees, agents, lawyers, mortgages and everything else that adds up to the cost of living, Curt Schilling had net worth of $50 million. While $50 million may not seem like a lot after earning over $115 million in a career, you have to remember that income tax alone at that level is north of 50%. It's actually pretty impressive that Curt was able to save $50 million, and even more impressive that he tried to put his money to good use in retirement. He wanted to help people get jobs and create a company from scratch that would provide an outlet for his second favorite pastime and income for the rest of his life.

Unfortunately it appears as though the situation could not have turned out worse for Schilling. In an interview today with the Providence Journal, Schilling stated that he has lost his entire $50 million fortune thanks to the fallout of 38 Studios. "I have done whatever I can do to create jobs and create a successful business, with my own income. Fifty million dollars, everything I've ever saved, has been put back into the economy… I've never taken a penny and I've done nothing but create jobs and create economy."

Eventually, the state of Rhode Island was forced to take full control over 38 Studios and now it will attempt to find a buyer or new investor who is willing to absorb the company's remaining assets. To his credit, Schilling has stated that his only concern is for his employees but we think he's also a little concerned about losing $50 million. Maybe his arm is up for a major league comeback???