Cryptocurrency millionaire John McAfee is ignoring recent history's lessons in what can happen when you run for president as a publicity stunt, and announcing a presidential run in the quickly approaching 2020 campaign. His particular cause, naturally, is cryptocurrency, and in his campaign announcement on Twitter he explained his reasons for throwing his hat in the ring once again:

"In spite of past refusals, I have decided to again run for POTUS in 2020. If asked again by the Libertarian party, I will run with them. If not, I will create my own party. I believe this will best serve the crypto community by providing the ultimate campaign platform for us."

McAffee's reference to the Libertarian party pertains to the last US presidential election, when he was one of the Libertarian candidates who lost to party nominee Gary Johnson. And in a followup tweet, he made his pragmatic approach to his own prospects in such a campaign explicit:

"Don't think that I have a chance of winning. I do not. But what truly changes America is not the president, but the process of creating one. If my following is sufficient I get to stand the world's largest stage and talk to the everyone, as I did last time, to tell the truth." 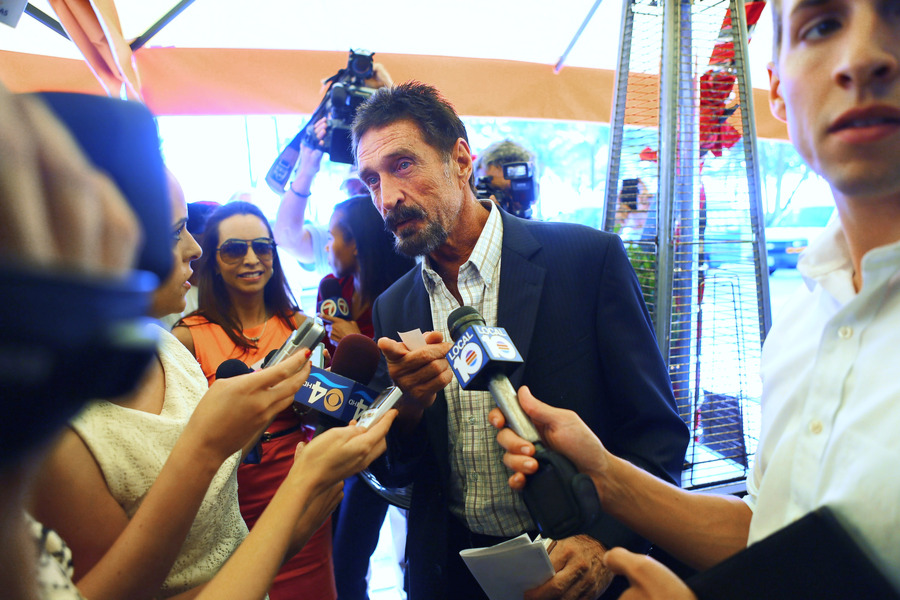 If anyone should run for president as the "cryptocurrency candidate," it's probably McAfee, who made his name and his fortune as the founder of McAfee Antivirus Software but who has since become the leading social media proponent of Bitcoin and other cryptocurrencies. And he recently made the announcement (perhaps not coincidentally with his presidential run) that he is developing his own physical cryptocurrency called the McAfee Redemption Unit, or MRU. And that's not even his first — last year he reportedly released a now-discontinued cryptocurrency called McAfee Coin. Other presidential candidates will hopefully demonstrate mastery of other topics in time for 2020, but it's doubtful anyone will challenge McAfee on crypto.