By Joseph Gibson on November 12, 2016 in Articles › Celebrity News

In a real mark of confidence on both sides, soccer star Cristiano Ronaldo has signed a lifetime endorsement contract with Nike. The deal was announced via a video on the Nike Football YouTube channel, featuring Ronaldo himself discussing his new "for life" contract with the brand, although naturally the specific terms of the deal are not discussed in the video nor are they a matter of public record.

However, it's been reported by TMZ and other outlets that the deal is "very similar" to LeBron James' deal with Nike that was finalized late last year. That one was also a lifetime endorsement deal, the first of its kind, and was reported to be worth as much as a billion dollars for the NBA star. If Ronaldo's deal is at all similar, that means his lifetime contract with Nike could also be worth the somewhat unbelievable sum of a billion dollars – but in any case, it's clear that Ronaldo is not even in the same universe as financial worries for the rest of his days. 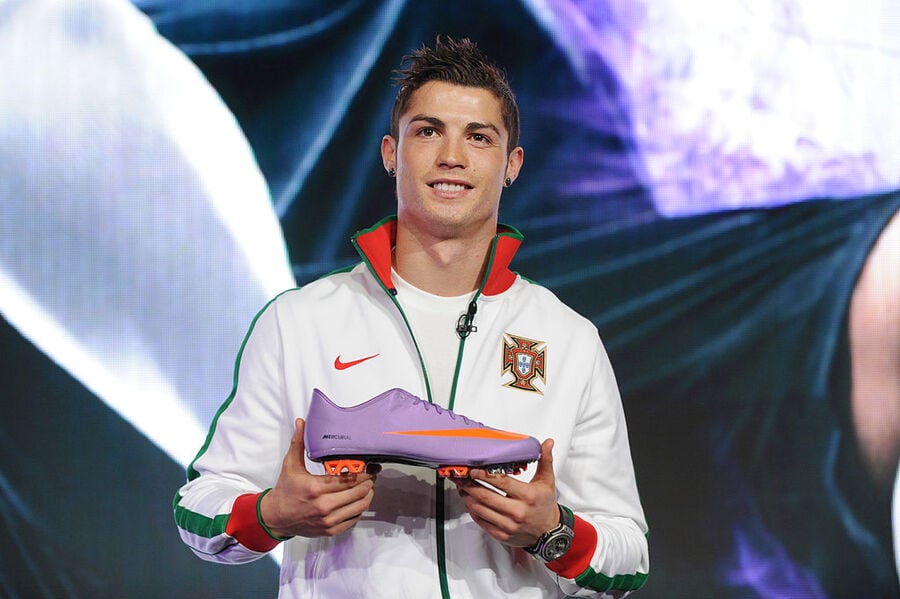 Ronaldo has had an endorsement contract with Nike since 2003, but this is the first time he's been locked in for life. And as impressive as it is, it's not likely to be life-changing for Ronaldo, given that he's already the top-earning athlete of the year by some measures, and his new lifetime Nike contract renewal is just a piece of that massive fortune, now reported to be at $320 million.