By Joseph Gibson on January 22, 2019 in Articles › Celebrity News

In a classic good news/bad news situation for Cristiano Ronaldo's tax troubles in Spain have finally reached a conclusive resolution. On the one hand, he won't serve any prison time, a relief compared to the 23-month prison sentence he was potentially facing. But on the other hand, he will have to cough up a $21 million fine in order to zero out his account with the government. Of course, given the roughly $93 million Cristiano makes every year, and his $450 million net worth, that fine isn't as bad as it could have been, either.

The tax fraud charges stem from $16.7 million in image rights income Cristiano earned between 2011 and 2014. He was accused of hiding this income from the Spanish government through a variety of shell companies located in the British Virgin Islands in order to avoid taxation. Now, he can put it all behind him by paying the fine, as part of his previously established plea deal with the authorities. 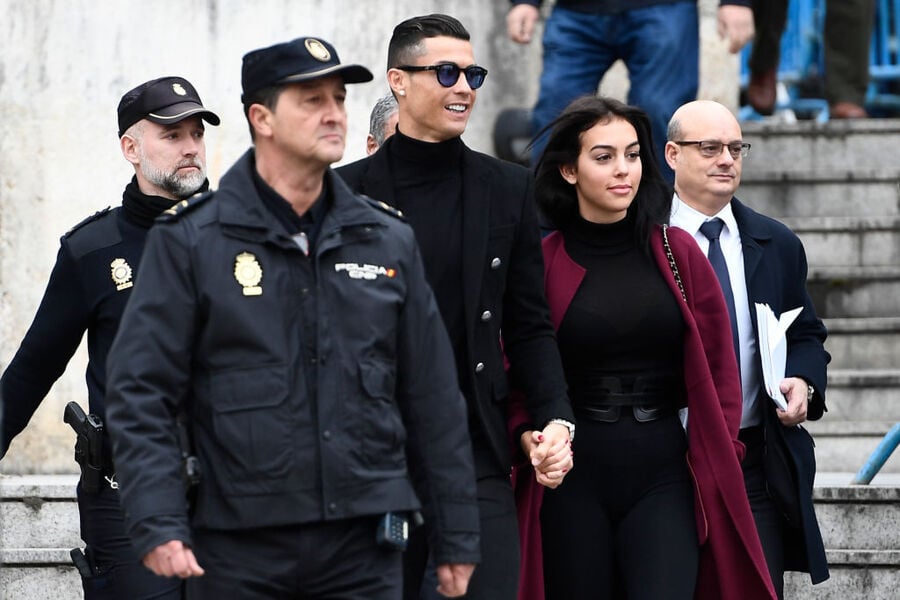 The court hearing on Tuesday morning was reportedly just a formality necessary to finalize that plea deal, which is why Ronaldo was said to be all smiles as he headed into court with his girlfriend Georgina Rodriguez – he already knew that he wasn't actually facing any prison time thanks to his plea deal.

Another factor in Ronaldo's favor here: In Spain, first time offenders with prison sentences under two years can opt for probation rather than an actual prison sentence – not that Ronaldo has to worry about probation in this case. He does have other legal issues to worry about, though, with a serious rape allegation hanging over his head and currently being investigated by the police in Las Vegas (where the incident is alleged to have occurred). Ronaldo has denied any wrongdoing in that case as well, and has decided not to issue a press statement of any kind about his tax situation.