By Brian Warner on November 26, 2014 in Articles › Celebrity News

Earlier today Creed frontman Scott Stapp posted a brutal 16 minute video to Facebook in which he claims to be penniless and living out of his car and hotels. I just watched the whole thing and if it's all true, it's pretty heart wrenching. I'll be the first to admit that I was shocked to hear of Scott's financial fall from grace. Even though Creed hasn't been selling out stadiums in about 15 years, it's hard to describe just how popular this band was in the late 90s. Actually it's not that hard. Their stats are impressive: 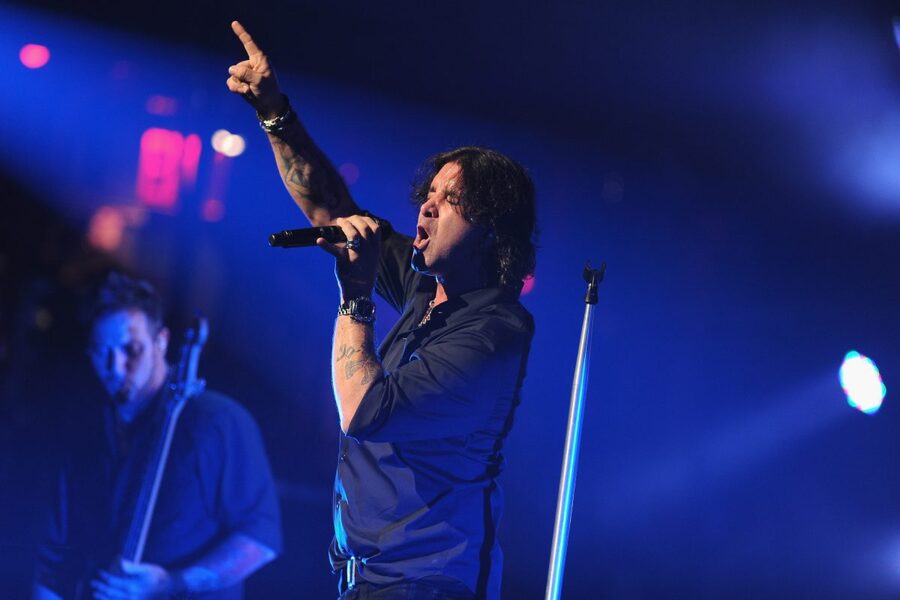 Creed caught a lot of flak for being pretty much an openly Christian band, and soon a lot of people tired of their sound and message. But with the sales numbers they put up, the band was easily one of the best-selling bands of both the 90s and 2000s.

In 2000, Scott founded a charity called the "With Arms Wide Open Foundation" which helped underprivileged families. He donated over $1 million of his own money to the foundation, that we know of. In 2006, Scott personally provided the means to pay for nearly 250,000 meals at food banks around the country. He also donated generously after both the Haiti earthquake disaster and the 2011 Japanese tsunami.

Scott has also publicly battled some demons. He was arrested for reckless driving in Florida in 2002, he was arrested for DUI in 2006 (one day after his wedding), he was charged with domestic violence in 2007. He has admitted to struggling with alcohol. He has reportedly attempted suicide twice. On the second attempt, Scott claims that he was saved by rapper T.I., making him the second person T.I. has saved from suicide (a random man in Atlanta was threatening to jump off a building until the rapper talked him down using a bullhorn).

In the video that he posted today (we are gonna post an edited version below), Scott claims that a recent audit from the IRS revealed that significant amounts of his savings had been stolen and that an unknown amount of royalties had simply not come through at all. Here are some of the more shocking admissions:

"Right now I'm living in a Holiday Inn, by the grace of God, because there's been a couple of weeks I had to live in my truck," he said in the new video. "I had no money, not even for gas or food. I went two days without eating because I had no money and ended up in an emergency room."

Pretty brutal story if it's all true. The only reason I am skeptical at all is because it just seems so shocking and impossible considering how successful he was. Also, is it really possible that a "clerical error" could cause the IRS to seize your bank accounts and royalties for 9 months? And what's up with the grainy video quality? We'll keep following this story and let you know of any new updates as they happen.