By Joseph Gibson on October 24, 2022 in Articles › Celebrity News

It's not very often that a story running through the chess world makes it into the mainstream, but the playing practices of 19-year-old chess grandmaster Hans Niemann have done just that. In case you don't know the name, he's the chess player who's been hit with accusations of cheating, some of them going so far as to speculate the extremely unusual method of cheating, by way of receiving outside transmissions during games by way of some sort of vibrating device inserted into his body. But now, he's striking back, filing a $100 million defamation suit against world chess champion Magnus Carlsen, Chess.com, and other defendants over the accusations.

Niemann took to Twitter to share the text of his suit, saying that it "speaks for itself." And the suit certainly doesn't spare any harsh language in its version of events, as in its characterization of Carlsen's withdrawal from last month's Sinquefield Cup after his loss to Niemann:

"Enraged that the young Niemann, fully 12 years his junior, dared to disrespect the 'King of Chess,' and fearful that the young prodigy would further blemish his multi-million dollar brand by beating him again Carlsen viciously and maliciously retaliated against Niemann."

That alleged retaliation includes Carlsen's own statements on Twitter after his withdrawal, in which he all but flat-out stated that Niemann cheated in order to beat him. 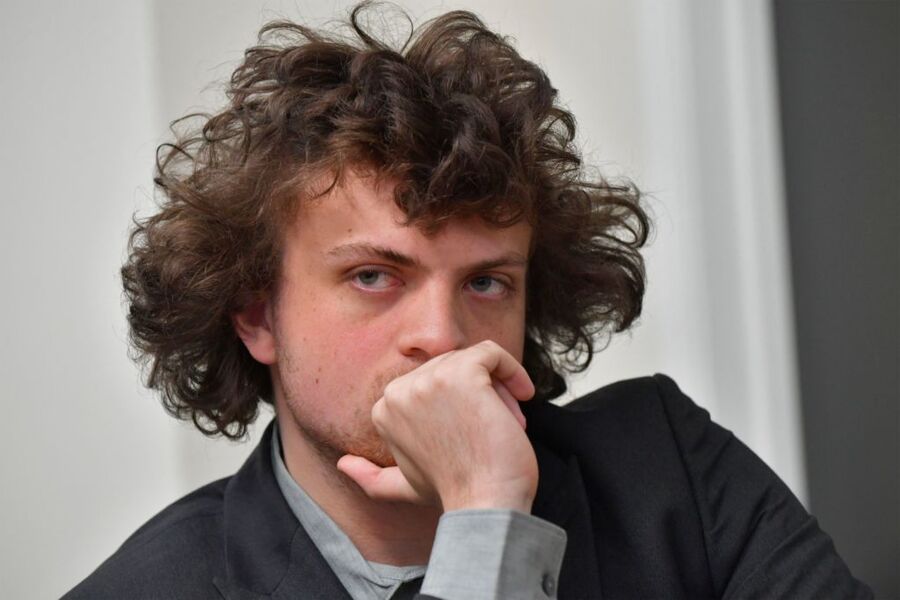 Chess.com and Hikaru Nakamura, who is a popular chess streamer on the platform, are also named in the lawsuit. Niemann was banned from play after an internal investigation found him to have likely engaged in cheating over the course of his chess career, findings that were shared in its "Hans Niemann Report." Here's an excerpt, published in early October, before Niemann's lawsuit:

"We have shared detailed evidence with him concerning our decision, including information that contradicts his statements regarding the amount and seriousness of his cheating on Chess.com…We have invited Hans to provide an explanation and response with the hope of finding a resolution where Hans can participate on Chess.com."

Niemann's suit accuses the defendants of colluding against him, an accusation that's denied by the website's statement, which states that the decision to ban Niemann was reached independently.

Chess.com has a cheating detection system that Niemann himself once called "the best cheat detection in the world," and it has reportedly gotten cheating confessions from four top 100 chess players. But Niemann says that outside of two incidents he already admitted to, one at age 12 and the other at 16, he's innocent of the charges.

You can expect to read more about this story as Niemann's lawsuit makes its way through the court system in Missouri. NPR reports that it was filed one day after the end of the recent U.S. Chess Championship tournament, in which Niemann was part of a five-way tie for fifth place.