Considering How Much Money Little League Baseball Earns Every Year, It's Pretty Crazy They Don't Pay The Players

Every August, 16 youth baseball teams from around the world gather in South Williamsport, Pennsylvania to compete in the Little League World Series (LLWS). The 10-day tournament features the best 11-13 year old players from all over the world. There are 2.4 million Little League baseball players in 80 countries around the world. It is the largest youth sports organization on the planet. The players who make it to the LLWS are pulled from the best-of-the-best All-Star teams from every district, state, region and country that has an officially sanctioned Little League organization. After the players are chosen, hundreds of teams must navigate a series of qualifying tournaments hosted around the world throughout the summer months. The eight best international teams and the eight best American teams then gather in Pennsylvania in mid-August to compete in two separate five round brackets. Finally, the best American team plays the best international team to crown a worldwide champion. At the 2014 LLWS, the team representing Seoul, South Korea, defeated the team from Chicago, Illinois, to take home the 2014 Little League World Series Trophy. The final score was 8-4.

What Do The Players Get?

For their efforts, the players get some trophies and the chance to win glory. They also get free lodging, transportation, meals, some equipment and uniforms.

What Does Little League Inc. Get?

For its efforts, Little League Inc. earns tens of millions of dollars per year in the form of broadcast rights, merchandise, ticket sales, concession sales and corporate sponsorships.

This is absolutely insane, borderline immoral, and need to change ASAP. 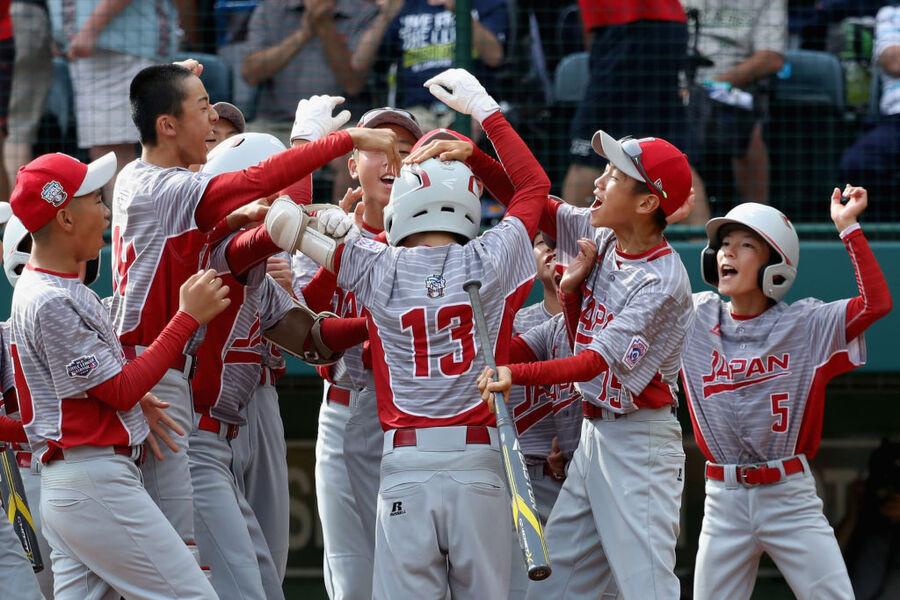 In 2013, ESPN shelled out $76 million for the right to broadcast the LLWS for eight years. That is roughly twice as much as was paid previously. The Little League organization is technically a 501(c)(3) non-profit organization. Because it is a charity, they are required to report their assets and expenditures on a regular basis. According to its most recent disclosure, Little League Inc. has annual revenues of $25 million. It also controls assets worth an estimated $85 million. Little League Inc. employs roughly 100 full-time people who take home a cumulative $7.5 million in annual salaries. Seven of Little League Inc.'s employees earn over six figures including CEO Steve Keener who earns $430,844 in salary per year. That's roughly twice as much as the average non-profit CEO's salary. Furthermore, Little League Inc. spends approximately $500,000 a year on corporate consultants paid to help secure sponsorship deals.

I'm not an idiot, I realize the players probably don't care about getting paid. As a former Little Leaguer myself, I would have killed to play in the LLWS. But on the other hand, Little League Inc. is essentially making millions of dollars thanks directly to uncompensated laborers. I'm not gonna go so far as to compare Little League Inc. to a plantation, but shouldn't the people who are actually creating the profits benefit from their hard work? At the very least, I'm sure plenty of the kids competing in the LLWS would very much appreciate some money to help pay for college down the road.

To be fair, Little League Inc. does give out a few scholarships every year. So how much do they give away? A grand total of $8000. Not $8000 per player. $8000 total, split among five girls and five boys. In other words, 10 players get $800 each. If Little League Inc. decided to go wild and give every single player involved in the LLWS tournament a $10,000 college fund, it would cost around $2 million. That would be roughly 1/10th of the income they earn from the tournament's broadcast rights every year.

To make matters worse, the kids aren't even allowed to make money on their own at this point. This year's breakout star was 13 year old female pitcher Mo'ne Davis. The excitement and headlines Mo'ne generated by being the first female to pitch a shutout game at the LLWS, surely boosted the tournament's ratings. Mo'ne was on the cover of Sports Illustrated and did countless international interviews. Unfortunately, if Mo'ne tries to cash in on her sudden fame, it could actually ruin her chances to play any sport in college at some point.

The NCAA (another organization that earns a ridiculous fortune every year off the backs of uncompensated laborers) has a specific rule forbidding amateur players from gaining any type of profit or service in exchange for their name or image. If Mo'ne earned any amount of money in exchange for autographing a baseball, it could end up causing her to be banned from all collegiate sports.

Don't believe this can actually happen? Ask former MLB and NFL superstar Bo Jackson. Bo knows about this absurdly hypocritical NCAA rule. Back in the mid 80s, when Bo Jackson was at Auburn University, he was being aggressively recruited by both professional baseball and football teams. In his senior year, a group of executives representing the Tampa Bay Buccaneers flew Bo out to visit the team on a private jet. The executives assured Bo that they had cleared the trip with the NCAA and no rules were being violated. Unfortunately, the executives were either dumb or lying, because when the NCAA found out about the private jet, they banned Bo from playing college sports ever again. This caused Bo to forfeit the remainder of a season in which he was on pace to totally obliterate every single Auburn baseball record (he still managed to obliterate a lot of Auburn records prior the ban).

Bo was so upset that he swore to never to play for Tampa Bay ever in his career and vowed to reject any offer if they attempted to draft him, no matter how enticing. Tampa tried to call his bluff, but Bo was true to his word. He turned down the opportunity to make millions of dollars from the NFL and instead opted to join the Kansas City Royals minor league team for a tiny fraction of the money.

Earlier this year, a former UCLA basketball player named Ed O'Bannon filed a class action anti-trust lawsuit against the NCAA. O'Bannon filed the lawsuit on behalf of the NCAA's division one football and basketball players. The lawsuit sought to challenge the NCAA's practice of using current and former student's names, images and likenesses for commercial purposes. The suit demands that upon graduation, former student athletes should be compensated for any profits earned off their image during their time in college. O'Bannon, who was a member of the 1995 UCLA men's basketball championship team, demanded compensation from the NCAA after seeing that his image was being used in a video game without his permission. The player in the game did not actually feature O'Bannon's name, but the character did wear Ed's #31, had a left handed shot, the same skin tone, the same position, and even the same receding hair line. The likeness was obvious and in clearly intentional:

The case went to trial on June 9, 2014. After three weeks, the case went to the jury. Believe it or not, on August 8, 2014, the jury ruled AGAINST the NCAA! The NCAA has filed to appeal the decision. In the meantime, Electronic Arts has already gone ahead and settled their part of the lawsuit with O'Bannon for $40 million. After lawyer fees and expenses, this settlement could end up paying 100,000 current and former NCAA athletes $4000 a piece. Not a life changing amount, but a nice little unexpected bonus. It's still unclear of the O'Bannon case will have an impact on Little League Baseball. For his part, Little League Inc. CEO Steve Keener, did recently announce:

"We don't know what's coming. If at some point in time that would be deemed to be appropriate, we'll consider it. At the moment, I don't see the necessity and don't think we should be compensating kids right now."

That's easy to say when you're making a half million dollars a year in salary! So what do you think? Should Little League players like Mo'ne Davis be compensated for their talents and contributions to the Little League World Series?