Conor McGregor took to Instagram recently and made an interesting claim about his personal finances. The claim came in the form of a caption to a photo of himself in the octagon performing his so-called "billionaire strut" during his fight with Khabib Nurmagomedov at UFC 229 in 2018.

The caption, which may or may not been intended as a sincere brag about his wealth, reads like this:

"The King Mandingo. I fought for billionaires and then I became one myself."

Whether McGregor intended to literally claim status as a billionaire or not, it's worth pointing out that he almost certainly isn't one. His net worth is impressive to be sure, but at $120 million he'll have to have quite a few more $100 million fights like his 2017 boxing match with Floyd Mayweather (and maybe a winning lottery ticket or two besides) if he wants to be part of the Billionaire's Club. 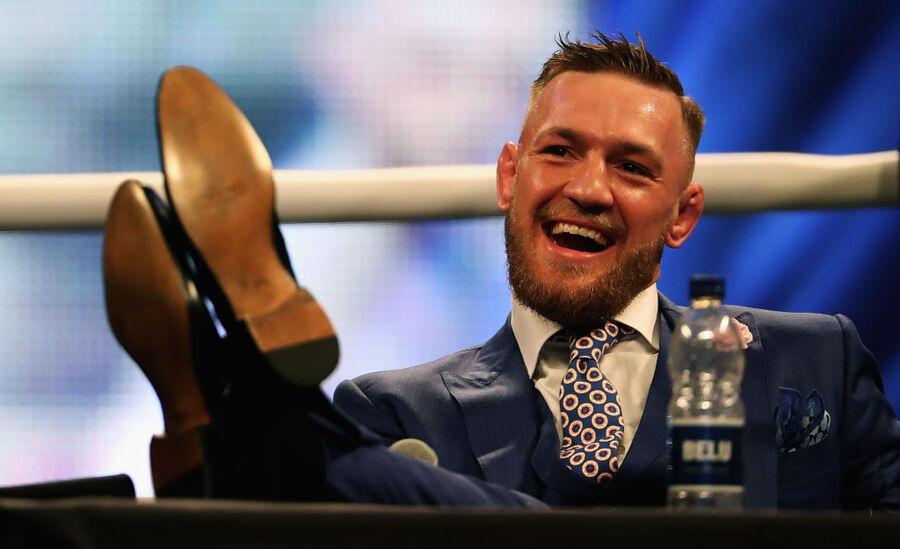 A glance at McGregor's UFC paydays shows he hasn't made close to a billion dollars in the fight game. Rather, his career UFC earnings come to roughly $115 million, but he does have other sources of revenue to his name. Proper No. Twelve, his whiskey brand, has sold well, and he recently started his own clothing line August McGregor. He even started a company called McGregor Sports and Entertainment for handling various aspects of his public brand, like the MacTalk app and the Mac Life news site. That's all in addition to his lucrative line-up of endorsement deals with brands like Burger King, Beats by Dre and Anheuser-Busch, which earned him about $14 million between June, 2017 and June, 2018 alone.

But it's highly unlikely that he's earning anywhere near enough from any of these income sources to really be a billionaire, and Celebrity Net Worth's estimate of his career earnings comes to about $235 million. And in the last year, he made a reported $47 million in earnings – again, not bad, but nowhere close to enough to put him in the billionaire range.

McGregor's reference to having fought for billionaires in his career is much more factually accurate. Former UFC CEO Lorenzo Fertitta is a certified billionaire with a net worth of $2 billion.