By Brian Warner on October 4, 2016 in Articles › Celebrity News

In a few hours, Mike Pence and Tim Kaine will meet for the first and only Vice Presidential debate of the 2016 election. Despite the fact that Mike and Tim's running mates likely hate each other's guts and could not be more different, the two Vice President's are surprisingly similar. They both have law degrees. They are both former congressman who became governors. They were both raised Catholic, Kaine is still practicing, Pence converted to a born-again non-denominational version of Christianity in college. The both have sons serving in the military overseas. They both seem like relatively nice guys who are genuinely passionate about serving their country. But forget all that. Most importantly, how do these two compare in terms of their respective net worths? 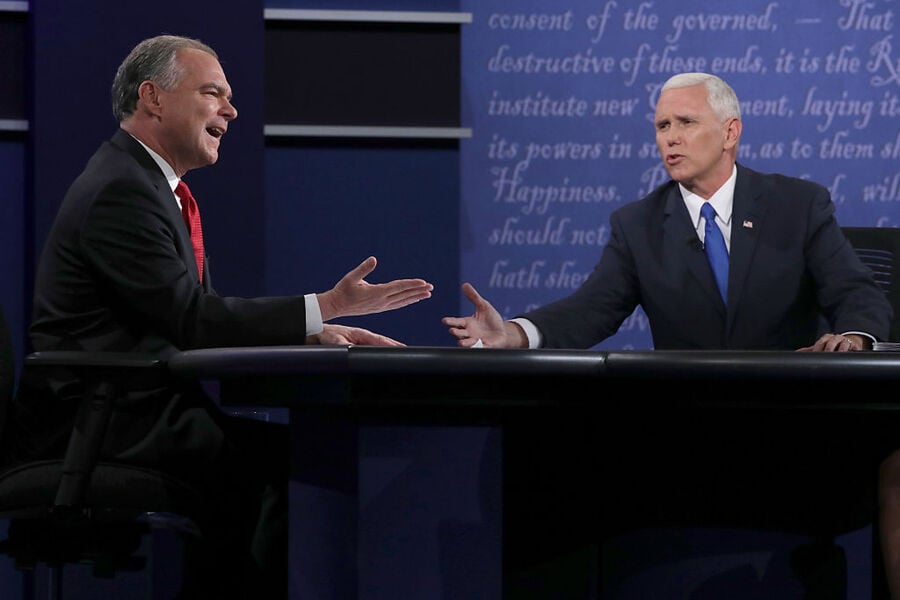 Before becoming a politician, Tim got a law degree at Harvard and then immediately went to work as a trial lawyer. During his time as a trial lawyer, he prosecuted several high-profile labor discrimination cases. Some of these cases resulted in $100+ million settlements. On of his cases, a suit against Nationwide Mutual Insurance Company resulted in his law firm receiving a $17.5 million payday.

Prior to entering politics, Pence hosted a talk-radio show in Indiana. He won his first congressional campaign in 2000 and then served in congress until 2012 when he was elected governor of Indiana. As part of his 2016 financial disclosure, Pence estimated his net worth to be around $2 million. Most of that $2 million is made up from equity in a home in Indiana and a pension that has around $500 thousand worth of value.

For the last decade, Pence and his wife's primary income has been his government salary. In 2015, Pence reported $173,000 in total income, 99% of which came from his Indiana governor salary.