By Joseph Gibson on February 13, 2017 in Articles › Celebrity News

Most of us at one time or another have found ourselves in an unfamiliar situation in which we had no idea how to actually proceed. Pat McAfee, the 29-year-old punter for the Indianapolis Colts, was in such a situation after deciding it was time to hang up his helmet and retire early from the NFL, while walking away from $2.8 million and possibly a $400,000 signing bonus for 2017 in the process. But in a recent interview on The Dan Patrick Show, McAfee revealed that he came up with a pretty amusing solution to his dilemma:

"I don't even know how you would — I actually was Googling this morning 'How do I actually retire from the NFL.' I don't know what to do. But I think I have to get the papers signed and then get to work." 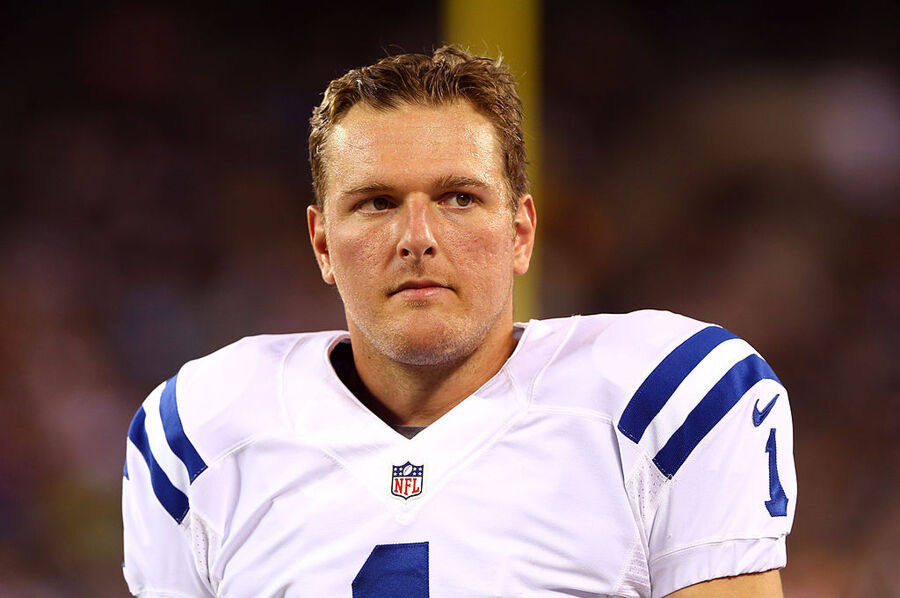 McAfee made the decision to retire, even if he's still not clear on all the logistical specifics, after finding out he would need a third operation on his knee in just four years and even more on the horizon. And even though he's walking away from a sum most 29 year olds would probably sell their knees off entirely for, he at least has another gig lined up – he's joining sports site, Barstool Sports, as a regular contributor.

Financial details about McAfee's new job with Barstool haven't been disclosed by the now-former punter, but in his tweets announcing the move, he said he insisted on an arrangement that allowed him to stay in Indianapolis, and that he has his own base of operations downtown with a "fully functioning radio and TV studio" from which he will produce content to be aired on the Barstool platform. You can read his full statement below: