By Brian Warner on December 29, 2021 in Articles › Celebrity News

Colin Kaepernick is walking away from what could have, theoretically, been a HUGE payday. And a major reason the deal is falling apart? He didn't want to appear in some commercials.

Kaepernick is one of the many celebrities who have been swept up in Special Purpose Acquisition Company mania.

We've gone over SPACs a number of times. If you want a detailed SPAC explanation, check out this article about Kevin Durant's SPAC from last month. But, here's a quick summary so you have a primer for today's story:

First, someone announces they are launching a SPAC. They have no company. No assets. They have no business plan and no plan for a business plan. The SPAC is launched solely to raise money. That money will be used to buy another company. The SPAC goes public on a major stock exchange like the NYSE with shares typically fixed at $10. So, for example, if 10 million shares are made available, the SPAC will raise $100 million. The SPAC managers then typically have two years (sometimes 18 months) to identify a real business to buy. If all looks good and both sides come to terms, the SPAC merges with the real business and through the power of SPACing the combined company is publicly traded. If the SPAC managers don't identify a company within the allotted time, they give all the money back to its investors.

SPACs are also called "blank check companies" because anyone who launches one is required to be a huge fan of the classic 1994 film, "Blank Check." Actually, it's because a SPAC is one giant blank check that can be used to buy anything it wants.

Back in February 2021, Colin Kaepernick teamed up with a private equity firm called Najafi Companies to launch a SPAC. A regulatory filing at the time showed that they planned to raise $250 million which would be used to acquire a business that had the "potential to create a positive social impact."

Kaepernick's SPAC, "Mission Advancement Corp," went public in April on the NYSE under the ticker symbol "MACC". In the IPO, MACC ended up raising $345 million. 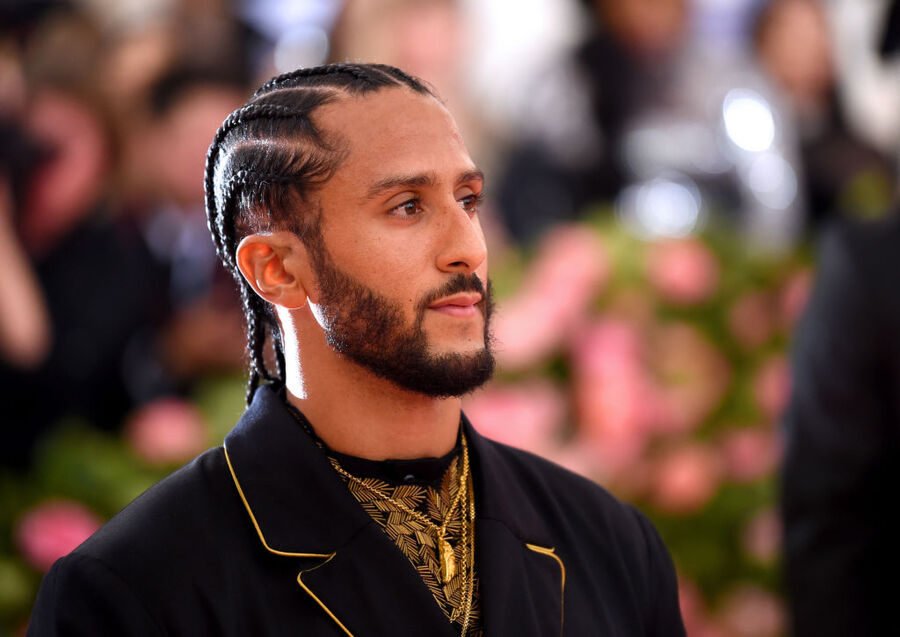 Armed with $354 million, Mission Advancement Corp gathered a female-majority board of directors that was made up entirely of people of color and went on a… mission… to identify a company with which to SPAC.

Eventually, MACC began to have very serious merger conversations with The Change Co., a "community development financial institution" which focuses on lending money to minority and rural borrowers who are traditionally under-served by traditional banks. The Change Co. made $113 million in profits in 2020 lending out roughly $7 billion.

MACC needed an additional $100 million to complete the merger at its desired $1.1 billion public-valuation. According to the Wall Street Journal, Kaepernick and his co-sponsor contributed a combined $10 million towards that $100 million. Had the SPAC been consummated and the resulting merged public company achieved a valuation above $1.1 billion, the two would have received "founder's shares" worth $80 million. They also would have owned a significant portion of the public company's standard shares. Potentially as much as $100 million worth. So, all-in, Kaepernick and his sponsor could have earned a roughly $200 million windfall had everything gone exactly to plan.

Unfortunately, everything has not gone exactly to plan.

For reasons that are not totally clear as of this writing, a half dozen high-profile potential investors declined to contribute to the extra $100 million that was needed. Private equity behemoth BlackRock declined to participate, as did Serena Williams, Oprah Winfrey, Nike and Andreessen Horowitz. In total MACC came up $25 million shy of their $100 million goal.

But the real sticking point in the deal was Kaepernick himself.

The deal hinged on Colin Kaepernick agreeing to appear in commercials and news promotions for The Change Co., and he refused.

As such, MACC is now left without a deal on a ticking clock. The firm will need to identify a new company (one that produces social change), perform due diligence and said company AND convince investors the deal is worth consummating. If they fail, they'll have give the money back.

Worst of all, they must do all that at a time when SPACs have become something of a joke. Between January and October, the S&P 500 returned 14%. In the same period, an ETF made up of SPACs returned negative 35%. Out of 200 companies that went public via SPAC in 2021, 75% are trading below their listing price and roughly half are off by over 50%.

On the other hand, if MACC is looking for a company to merge with, might I suggest CelebrityNetWorth? We would be happy to produce social change and we would happily settle for a $1 billion valuation. No commercials needed!