While Colin Kaepernick's job prospects in the NFL have grown increasingly hazy, The New York Post reports on a light at the end of his tunnel of political controversy – a book deal with Random House imprint One World. According to this report, Kaep's book deal is worth just over $1 million, an impressive sum for a new author.

The One World imprint is run by literary editor Chris Jackson and has, in its scant year so far in existence, published written works by figures like Jay-Z, Ta-Nehisi Coates and others. Beyond the imprint, additional details on what Kaepernick's book will actually entail are scarce as of now, but he's reportedly been in meetings with One World at least since early October hammering out the details of the deal. And it's a safe bet that Kaepernick's book won't be a typical inoffensive sports memoir, but will instead serve as an additional platform for his outspoken political opinions. 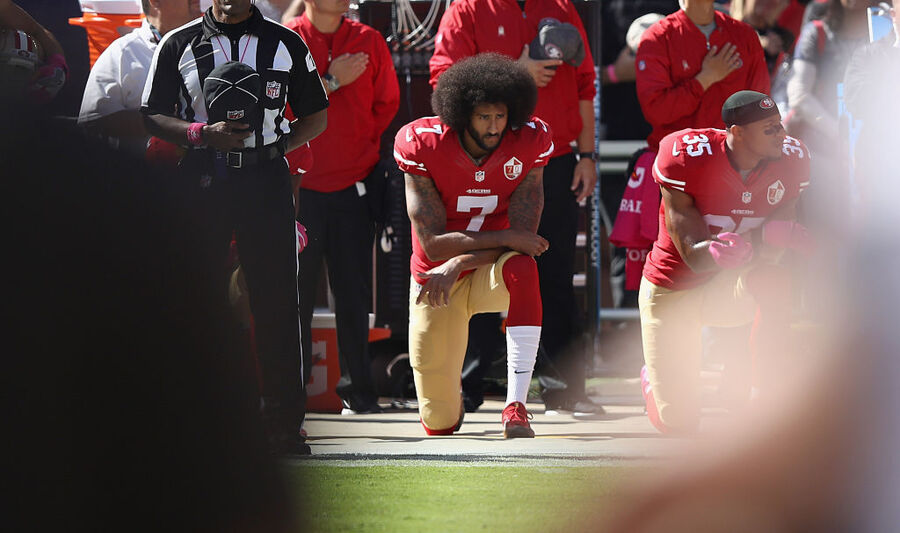 Those negotiations with One World came concurrently with Kaepernick's formal filing of a collusion grievance against the NFL team owners regarding his unemployment with the league since cutting loose from the San Francisco 49ers earlier this year. And despite his approaching entry into the publishing world, Kaepernick has reportedly been eager to return to professional football following his transformation from 49ers quarterback to political flashpoint when myriad other NFL players belatedly joined in on the national anthem kneeling gesture he began in 2016 as a way to protest police brutality and racial prejudice in the USA.

Neither One World or Kaepernick's reps have commented on or even confirmed the book deal as of yet, but you can expect more information to come to light as the project approaches fruition – whenever that may be.