When the WWE's mastermind Vince McMahon announced the return of his infamous XFL football league early last year, many imagined it as a kind of conservative counterpoint to the supposedly politicized NFL. But a recent report from Sporting News throws something of a wrench into that notion, revealing that the XFL was in talks with none other than Colin Kaepernick last fall.

Details on the talks, besides confirmation by XFL, are unknown. But Kaepernick was reportedly seeking $20 million to play in the league, having also sought that figure from the new Alliance of American Football. 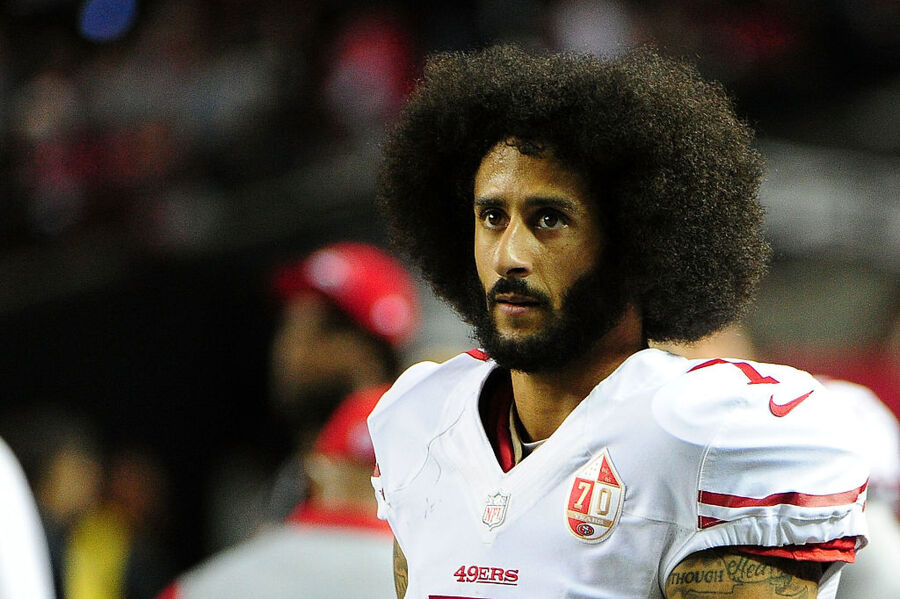 A $20 million salary is not great shakes for a starting quarterback in the NFL, but it far exceeds what McMahon is reportedly seeking to spend on talent for the XFL. Contrary to the NFL's massive payrolls, he's seeking starting quarterbacks for about $250,000 a season, while the AAF also has unguaranteed $250,000-a-year contracts for its starting players.

Back when the return of the XFL was first announced, McMahon was asked if he would be open to the controversial Kaepernick playing in the league. At the time, he seemed open to the idea, while also expressing his desire that players and coaches with the league refrain from any political statements on the field – presumably a dealbreaker for the outspoken Kaepernick. But if he did find a home with one of the XFL's eight league-owned teams, it would be a huge get and a massive publicity coup for the XFL, and probably worth every penny of Kaepernick's $20 million price.

Kaep himself hasn't commented on the talks he had with the XFL, but Mark Geragos, who represented him in his recent successful collusion settlement with the NFL, said after the settlement was reached that he "absolutely wants to play" football in some capacity, and teased the possibility that he may even find a home with the NFL.