Colin Kaepernick Has Donated $1M Of His NFL Earnings To Charity

By Joseph Gibson on September 9, 2018 in Articles › Celebrity News

Colin Kaepernick has a lot of eyes on him since it was revealed that he signed a new contract with Nike in order to serve as a face of its "Just Do It" 30th anniversary campaign. But he's remained focused on his career as a social activist, and he's already donated more than a million dollars of his NFL earnings to various social justice and educational causes over the last year.

Kaepernick's last professional time on the field was in 2016, and when he found himself without a job in the NFL in the following year, he pledged to donate $1 million to a variety of different charitable causes. It ended up taking him about a year and a half to complete the pledge and then some, finishing off with what he called the #10for10 pledge, in which he donated $10,000 to ten different charitable organizations, inviting celebrities including Usher, Steph Curry, Kevin Durant, Serena Williams, and more to match his gifts in the process. Per his website:

"When Colin Kaepernick got down to the final $100,000 of his Million Dollar Pledge, he asked 10 of his friends to choose organizations that he should donate to. Shortly after, he rolled out his last $10k per day over the span of 10 days, and those same 10 friends matched one of his final donations per day!" 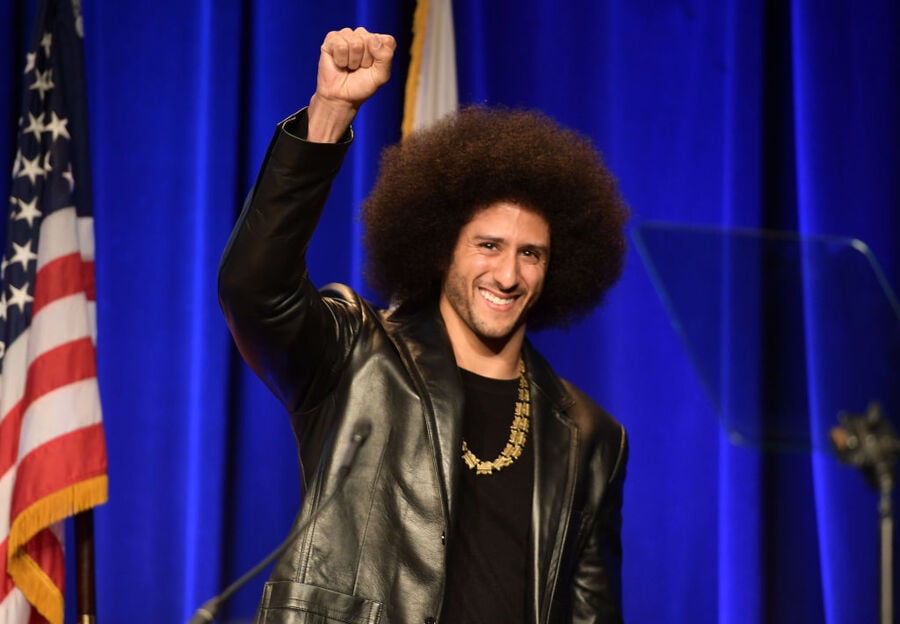 It hasn't come out exactly how much his new deal with Nike will be worth, but it does include donations from Nike to Kap's own "Know Your Rights" campaign, which will go towards raising "awareness on higher education, self-empowerment, and instruction to properly interact with law enforcement in various scenarios."

Kaepernick's $1 million pledge came out of his NFL earnings, though. While employed with the league, he made a little bit over $43 million across six seasons, and now he's said to have his eyes on getting another quarterback job with an NFL team.