By Joseph Gibson on October 19, 2015 in Articles › Celebrity News

I doubt if anyone was under the impression that Bill and Hillary Clinton have been hard up for cash at any point in their lives as public servants, but some may nevertheless be surprised at just how much money they've taken in since Bill Clinton vacated the Oval Office. A new article by Forbes puts into clear, mathematical perspective, just how well the Clintons have done since the turn of the century: Bill and Hillary Clinton have earned a combined $230 million in the years 2001 through 2014. 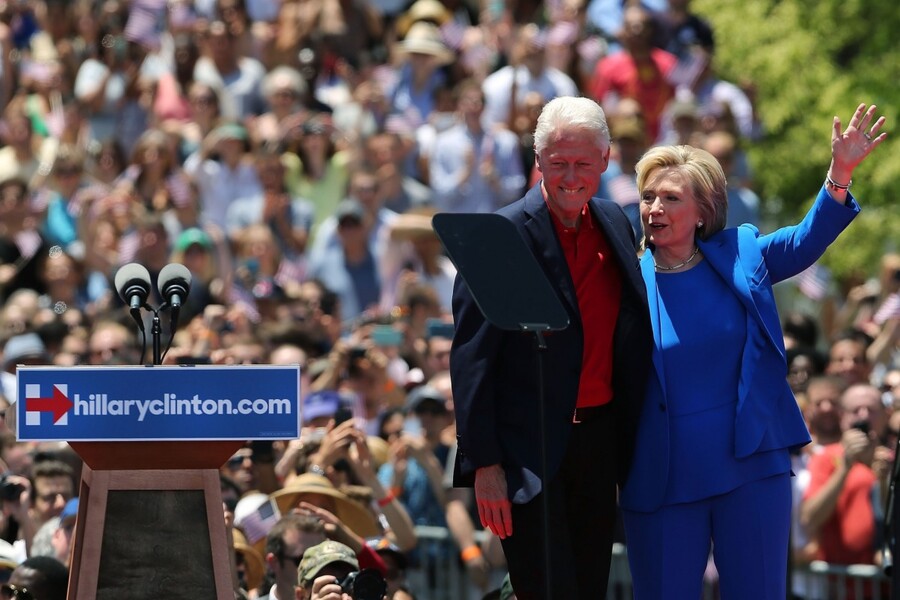 Those with long memories may recall that back in 2001, the Clintons were not in the best financial shape. Reported legal expenses in the neighborhood of a $1 million were just one aspect of a bad financial picture for Bill and Hillary. So, once the Clinton presidency came to an end, it was time to get to work. Less than three weeks after leaving the White House, Bill accepted his first big speaking gig for $125,000 from Morgan Stanley. In the ensuing years, Bill Clinton's average rate for speaking engagements grew to $225,000 a speech, with some single speeches fetching as much as $500,000. All together, that came to a cool hundred million in speaking fees during those 14 years. But it wasn't just speaking that occupied Bill Clinton and his accountants – it's also estimated that he made $38 million for his writing, and more than $27 million for various business advising positions.

What was Hillary doing all this time? On a financial level, she wasn't earning anywhere near as much as Bill, as she was working for the government (first as a senator, then as Secretary of State under President Obama, following her failed presidential bid). But she still managed to eke out a decent financial profile for herself, thanks in large part to the 2003 book, Living History, which reportedly earned her $1.3 million annually between 2001 and 2007. After leaving the State Department in 2013, however, she started pulling in speaking fees that would make her husband proud, taking in $9 million that year alone, at at a per-speech rate never less than $225,000.

While the Clintons certainly represent the top of the scale (counting earnings they've already declared this year, they're well over the $230 million mark), it's not unusual for U.S. presidents to earn large amounts of money after leaving office, but what is unusual is that practically all of their fortune is in liquid cash, and not tied up in stocks or other forms of equity. This is a solid strategy, given that Hillary clearly isn't done with politics, yet, and presidential runs are notoriously expensive.

Of course, taking in that much cash doesn't come cheaply, and the Clintons are estimated to have paid out $95 million in taxes since 2001, a figure which might have been higher, were it not for some reported creative accounting on their part (Forbes recently identified $50 million missing from their declared income). It's clear that neither Bill nor Hillary Clinton intend to ever be broke again.