Chelsea Clinton Has Made $9 Million Since 2011, While On The Board Of An Internet Investment Company

By Joseph Gibson on January 13, 2020 in Articles › Celebrity News

Chelsea Clinton has reaped a healthy sum from her position on the board of an internet investment company in the last decade, Barron's reports. Since 2011, Clinton has made a reported $9 million serving on the board of IAC (InterActiveCorp), which has ownership stakes in a plethora of high-value internet brands, like the video sharing platform Vimeo, dating app Tinder, real estate site HomeAdvisor, and more than a hundred more.

2011 was when Clinton joined the company's board, and in exchange she gets a retainer of $50,000 per year plus another $250,000 of IAC stock, and in a recent SEC filing at the end of 2019 she reported the current value of that stock at $8.95 million – a reflection of the company's big jumps in value on the stock market in recent years. 2017 was a particularly good year for IAC's stock value with an 89 percent increase, but 2018 saw a 50 percent jump and last year held a relatively modest but still substantial 36 percent rise. 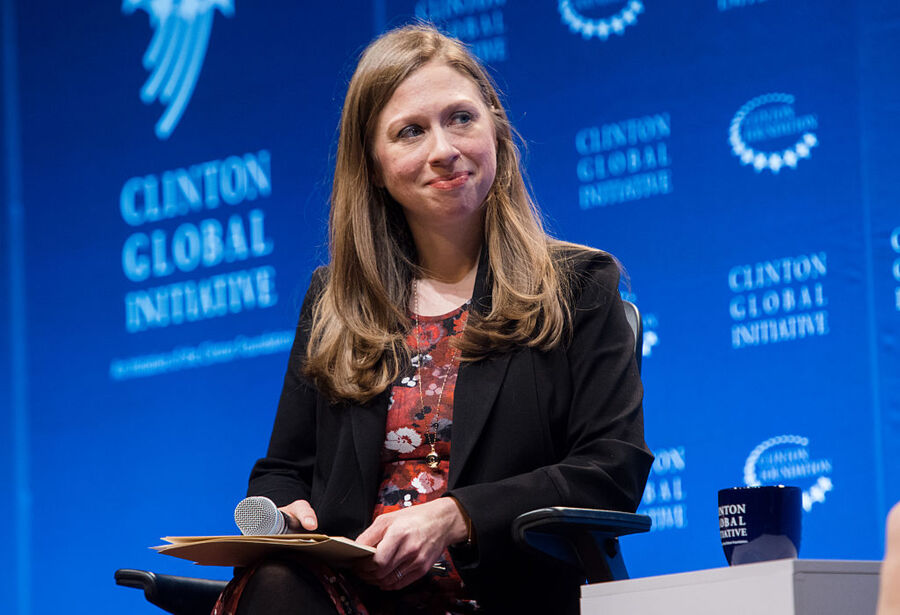 In March of 2017, another internet company announced Clinton's addition to their board: Expedia Group. That position was reported by The Guardian to be worth $250,000 per year. Interestingly, The Hill points out that both IAC and Expedia Group are headed by businessman Barry Diller, who is a well known friend of the Clinton family.

But of course, Clinton has other ways of earning money outside of lucrative boardroom positions. In 2013 and 2014, she was a special correspondent for NBC News, earning a reported $600,000 per year. She's also written several children's book and co-authored a book with her mother, former secretary of state and presidential candidate Hillary Clinton.