***Update August 29*** Yesterday afternoon, Charlie and his crew officially taped their 50th episode of Anger Management. That means Charlie is halfway through his 100 episode goal that will make the show eligible for syndication. As we explain later in this article, thanks to a very lucrative and risky up front contract, once Charlie breaks the 100 episode milestone he can automatically collect an estimated $200 million payday. At this pace, Anger Management is expected to film their 100th episode in October 2014, so Charlie just needs to keep himself under control for roughly 13 months and he'll be $200 million richer. Keep reading to understand how he pulled off such a unique deal…

Regardless of what you think about Charlie Sheen and his crazy antics, you can't deny the fact that he is really good at making tons of money off popular TV shows. He's probably just as good at spending tons of money on women, drugs, booze, cars, houses and jets, but that doesn't really matter when you're able to rustle up another $100 million payday every couple years. After being ousted from "Two and a Half Men" back in 2011, today Charlie Sheen finds himself on top once again with a hit show and another potentially massive paycheck in the distance. Charlie took a huge risk with his current show "Anger Management". He agreed to a massive pay cut in exchange for a huge stake in the show's potential back end. If the gamble works out, Charlie is looking at a $200 million payday. 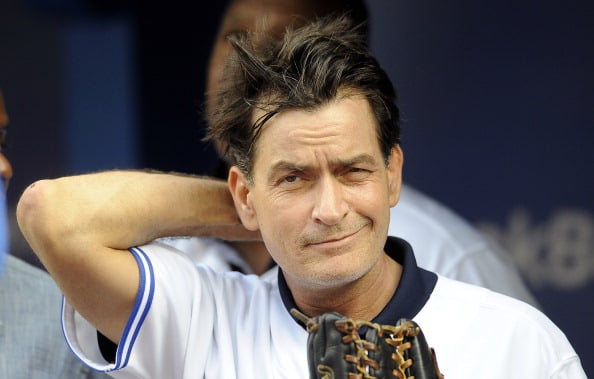 Two and a half years ago, Charlie Sheen was on top of the world pulling down $1.9 million per episode as the star of the highest rated sitcom on television, Two and a Half Men. $1.9 million made him the highest paid actor on television, by a mile, and equated to around $30 million per year when you include syndication points. Sheen was unceremoniously fired in March 2011 after undergoing a very public meltdown that involved a half dozen angry tirades against the show's creator Chuck Lorre, an arrest for kidnapping a prostitute, several incoherent drug fueled TV appearances and at least one brief visit to a rehab clinic. When the dust settled, Charlie found himself out of a job with very few networks looking to take a chance on him. After every single major network passed, Sheen and his management found themselves at Lionsgate pitching a very risky new television arrangement called a 10/90 deal.

Under normal circumstances, when a network buys a television show they hedge their bets by wading into the deal very slowly. For example, a network might buy just the pilot and even then the show may never actually air. Or a network might buy the pilot and the first 10 episodes of a show but they won't order any more for months, if at all. With this typical type of deal, the network is taking on most of the risk by covering all the upfront costs. If a show under this model is successful, the network cashes in through syndication deals, licensing and commercial sponsorships.

A 10/90 deal is very different. Charlie's team negotiated a deal in which he would take a 95% pay cut to just $100,000 per episode in exchange for a whopping 40% of the back end. By comparison, when Charlie was working on Two and a Half Men, he was earning $1.9 million per year and owned around 5% of the syndication points. With that huge pay cut in mind, Lionsgate agreed to fund the first 10 episodes of Anger Management at a total cost of $10 million. As part of the 10/90 deal, Lionsgate also agreed to instantly guarantee 90 additional episodes of Anger as long as the first 10 episodes met certain ratings goals. In other words, if the first 10 episodes of Anger Management performed well enough, Charlie and his team would automatically be guaranteed 100 total episodes which happens to be the exact number a show needs to hit to qualify for syndication.

Last year, the first 10 episodes of Anger Management performed successfully enough for FX to trigger that 90 episode automatic order. That means, as we speak, Charlie Sheen and his team are cranking out two episodes of Anger Management every week, twice as many as a normal sitcom. This faster paced production schedule has created some very vocal critics of the 10/90 model. Some people say the quality of a show will suffer drastically by forcing the crew to churn out two episodes per week. Charlie and his fellow producers are demanding twice as much work from actors, writers, producers, prop people, makeup artists etc… And we are already seeing a bit of wear and tear on the set of Anger Management that might be 10/90 stress related. Last week Charlie fired his co-star Selma Blair via text message after she complained to producers about his erratic work schedule and on-set behavior.

Hopefully this recent flare up with Selma Blair is a mere bump in the road on the way to a successful 100 episode run over the next two years because there's a lot of money on the line for Mr. Sheen. With a little bit of luck and a lot of hard work, Charlie is on track to receive one of the largest individual paydays in the history of television. As we mentioned before, by taking a fraction of his normal salary up front Charlie was given 40% of the show's back end. In other words, Charlie essentially owns 40% of any money the show makes outside its initial run on FX. Even if Anger Management isn't a monster hit on FX, it can still find eager syndication buyers, especially in overseas markets. Anger is expected to sell for $1 million per episode overseas and already has commitments in a dozen international markets. When you add up syndication, international sales, licensing fees and various other sponsorships deals, Anger Management could generate $800 million in back end revenue in under two years. After you remove some costs associated with distribution, Sheen's 40% stake could earn him $200 million personally.

Charlie is no stranger to receiving gigantic financial windfalls. After getting fired from 2.5 Men, Warner Brothers paid Charlie a $100 million lump sum to make a clean break from the show and studio. Of that lump sum, $25 million covered the episodes he never was able to film after being fired and the remainder covered Charlie's share of future syndication profits 2.5 Men is expected to earn. Like we said at the beginning of this article, Charlie Sheen may be crazy but he's also crazy smart and more importantly CRAZY RICH! What do you think of the 10/90 deal concept? Do you think it will work out? Do you watch Anger Management?