We all know that being on a hit sitcom is a ticket to the easy life, but many people may not realize just how much money is involved when a show reaches that super-rare level of fame and profitability that Friends currently occupies. Merchandising and DVD profits have probably slowed down to a trickle, but there's still at least one area where Friends is still able to rake in a much more than respectable sum on a regular basis: Syndication (also known as "reruns" for any TV naifs who still exist in this savvy era). Friends continues to air on an almost constant basis on cable channels like TBS, and that means money continues to flow on that same basis – most of it funnels up towards Warner Bros., but an unusually high amount filters back to the actors that some would say are chiefly responsible for making the show so popular in the first place.

The cast of Friends famously negotiated all their contracts as a unit rather than individuals, and their deals (particularly those struck towards the end of the show) are a testament to the power of collective bargaining. In the last two seasons of the show, Jennifer Aniston, Courteney Cox, Lisa Kudrow, Matt LeBlanc, Matthew Perry, David Schwimmer (AKA The Friends), were each making a million dollars for every single episode – a deal that, among other things, made the female members of the cast the highest-paid actresses in the history of television. But that wasn't even the best part of the Friends cast's contracts; in 2000, all six members of the ensemble received a two percent slice of the show's incredibly lucrative syndication revenue. 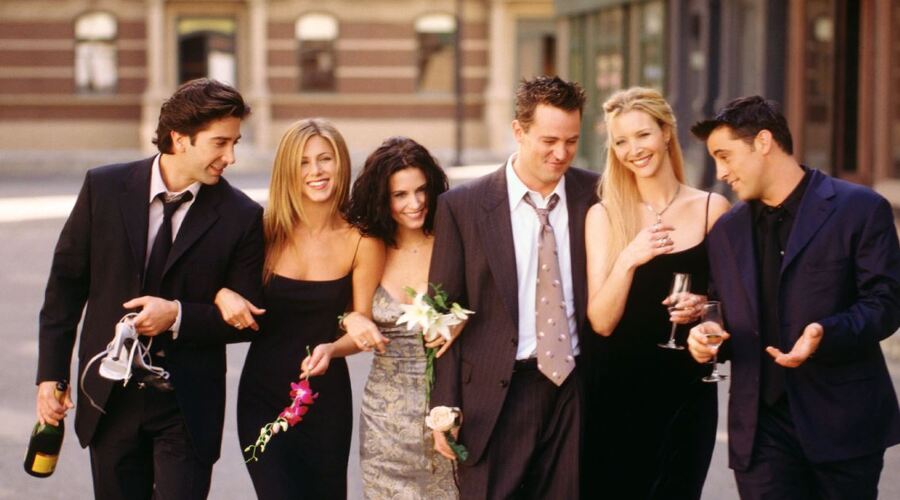 That type of deal, with a piece of a show's "back end" in perpetuity, is historically only given to sitcom cast members who have some creative stake in the show behind the camera (for example, Jerry Seinfeld, who created Seinfeld with Larry David, in addition to starring in the show), which makes the fact that the Friends cast got such a sweet deal even more remarkable.

Of course, a percentage of syndication revenue for a show no one watches isn't worth much (you can ask Bill Cosby about this if you ever find yourself in the same room with him). But that isn't the case with Friends, which, even in 2015, 11 years after the final episode of the series aired on NBC, continues to generate an estimated $1 billion every year in syndication revenue. That translates to $20 million for each of the six members of the Friends ensemble every year – not a bad deal considering they finished working on the show back in 2004. So the next time you catch a Friends rerun on TV and wonder whatever happened to Matt LeBlanc, cry no tears for the former Joey Tribbiani, he's been raking in quasi-Seinfeld-level money for more than a decade.