The fortune of late actress Carrie Fisher will be given to her only child, daughter Billie Lourd. The 24-year-old will inherit her mother's estimated $25 million estate, including bank accounts, luxury vehicles, personal items, and the rights to Fisher's image.

Profits from the sale of the $18 million Beverly Hills estate Fisher and her own mother Debbie Reynolds who unexpectedly passed one day apart in late December 2016 – owned will likely also go to Lourd. 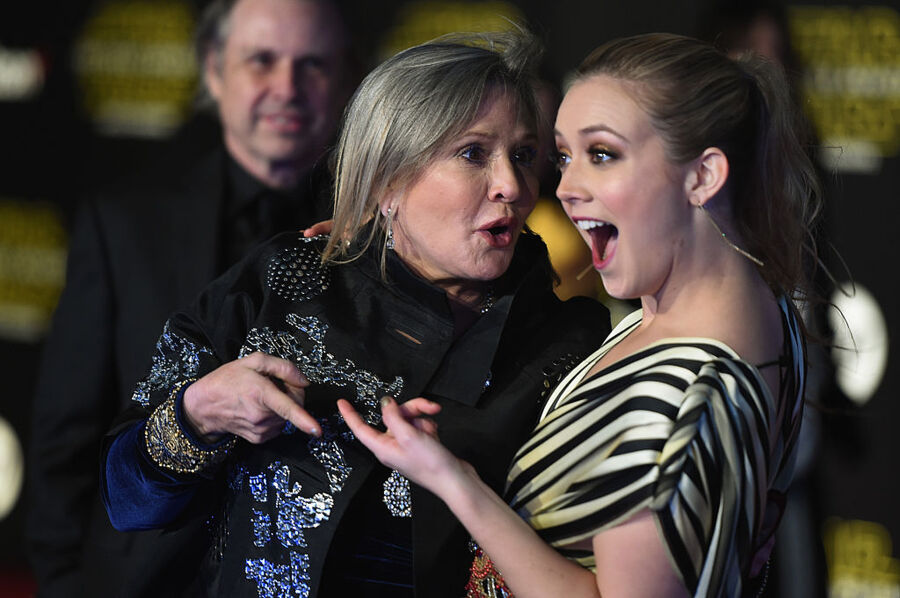 Some of Fisher's memorabilia items, along with a number of Debbie Reynolds' belongings, are set to be auctioned off in September. According to The Profiles in History auction house, more than 1,500 items will be up for grabs, with proceeds benefiting mental health charities including The Thalians, which Reynolds co-founded, and The Jed Foundation, an organization chosen by Lourd that works to prevent suicide for teens and young adults.

An autopsy released in June found cocaine, heroin and ecstasy in the 60-year-old's system at the time of her death. However, the medical examiner's report concludes that it is unclear what role – if any – the drugs could have played in Fisher's death.

Fisher suffered a heart attack on a flight after she began vomiting in her sleep and became unresponsive. When paramedics arrived, Fisher was in cardiac arrest and CPR was being performed.

"My mom battled drug addiction and mental illness her entire life. She ultimately died of it," Lourd said. "She talked about the shame that torments people and their families confronted by these diseases. I know my Mom, she'd want her death to encourage people to be open about their struggles."