By Joseph Gibson on June 1, 2018 in Articles › Celebrity News

If the name of South Bronx sports bar, The Ainsworth, rings a bell, it's probably because you saw one of the eight million internet articles about its new specialty, gold buffalo wings made with real gold. The pub chain's owners, Brian Mazza and Matt Shendell, are looking to strike on that notoriety while the iron is hot, and they're partnering with real estate company Somerset Hospitality Group to roll out a bunch of new locations nationwide, and heading up a new $5 million investment is NBA star Carmelo Anthony.

The New York Post reports that the plan is for The Ainsworth to open up shop at anywhere from 20 to 30 new locations adjacent to sports stadiums across the country, each one with a new Nobody's Pizza location right next door (Nobody's Pizza is a Somerset holding). Anthony issued a press statement about the investment, and if you read between the lines you can see his rationale that putting beer together with pizza is a can't-miss business proposition:

"I am excited about the prospects of partnering with The Ainsworth and Nobody's Pizza — combining food, entertainment, sports and real estate." 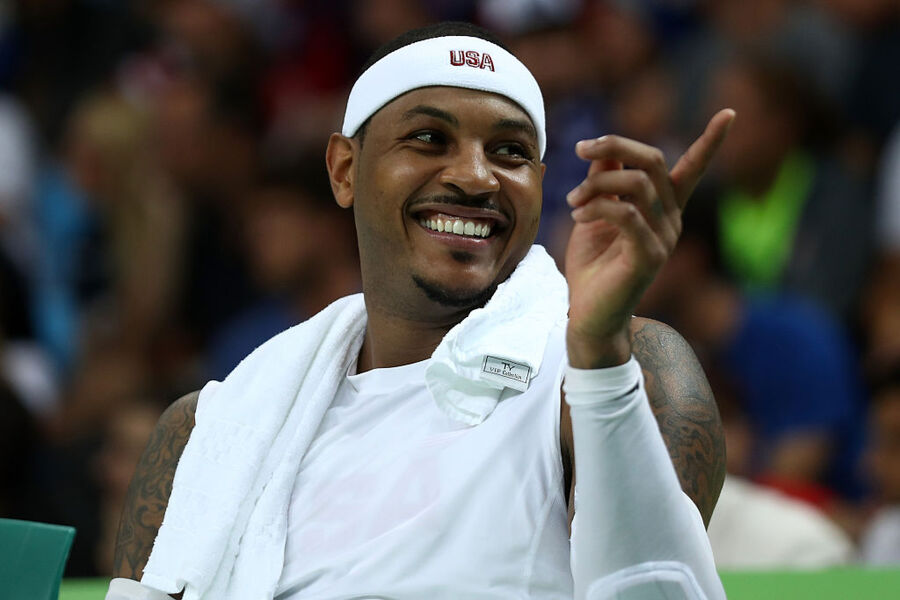 Somerset's Keith Rubenstein says that locations have only just begun to be scouted for the new Ainsworth/Nobody's Pizza locations, but that the first will likely be in Nashville where there was already a planned Ainsworth location. He also delivered a little bit of businessspeak on the subject of the side-by-side business model:

"We plan to … use our investor base of professional athletes and influencers to promote operations and growth. Side-by-side openings are just being planned and it is too soon to know where."

So it will probably be a while before you see an Ainsworth/Nobody's Pizza in your town, if you see one at all. But if you do, Carmelo Anthony will be one of the people to thank.