By Travis Pulver on June 9, 2015 in Articles › Celebrity News

The Carolina Panthers believed they had the quarterback of the future on hand when they drafted former Auburn quarterback Cam Newton with the No. 1 pick in the 2011 draft. Even though he has only led the team to one playoff win, the team decided to go ahead and pay him like the stud they think he can be.

Newton was expected to get an extension, but no one expected it to be as lucrative as it is. A deal like that is not one typically handed to someone who has a mediocre career rating of 85.4, whose production has declined in each of his four seasons (from 4,051 yards as a rookie to 3,127 yards last season, a career low). His touchdown to interception ratio is not impressive either (82 to 54).

So his numbers are mediocre. His win-loss record is mediocre, and he has only one playoff victory. Why on Earth is he getting paid so much freaking money? How is it that he is getting away with this kind of highway robbery?

Easy – because everyone has. 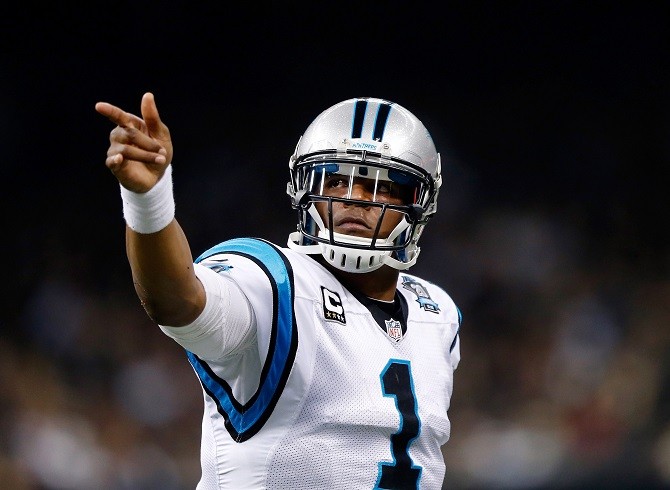 Ryan Tannehill has yet to take his team to the playoffs, but got a six-year, $96 million extension this off-season. Jay Cutler signed a seven-year, $126 million deal with $54 million guaranteed prior to 2014 with one good season under his belt with the Bears (2010) and five mediocre ones. Colin Kaepernick's deal was much more structured (six-years, $126 million with $61 million guaranteed), but still pretty hefty considering his limited albeit successful time as a starter.

Newton's deal, much like Tannehill's, Cutler's, and Kaepernick's, is in line with the last contract Joe Flacco signed (6-year, $120.6 million with $29 million guaranteed). There is one major difference between Flacco and the aforementioned QBs.

He was coming off a Super Bowl victory and had led his team to the postseason every season of his career to date including three conference championship games. He had already earned a hefty contract and since he was still young, the team had every reason to believe the good times would continue (and they have).

In Cam Newton's defense, he is unlike any other quarterback currently in the NFL. In his four seasons, he has more rushing yards (2,571) than any quarterback in the Super Bowl era. Only Dan Marino (144) and Peyton Manning (118) have accounted for more touchdowns than Newton in their first four seasons (115; 82 passing, 33 rushing).

So – is he getting away with highway robbery? A little, since he has yet to lead the team beyond the division round of the playoffs and has only one winning record to his name (12-4 in 2013). However, it appears that teams are willing to pay for hope, and if there is anyone that should give his team hope for future success it is Cam Newton.