It still pays to be the #1 pick in the NFL, but it used to pay a lot more. Back in 2011, the league realized they were giving an absurd amount of money to unproven commodities, and the Collective Bargaining Agreement was changed to lower the rookie pay scale. Let's look at how the #1 pick from 2010 (the last year of the old CBA) compared to the #1 pick of 2011 (the first year of the new CBA), because the difference in dollars is astounding.

Sam Bradford signed his rookie contract with the Rams in 2010: six years for $78 million. The pay was staggered unevenly, so Bradford earned $21.2 million in his first season alone. This was the last contract for a #1 pick under the old CBA, and it's safe to say it hasn't quite panned out for St. Louis. Bradford has gone a subpar 18-30-1 in four seasons, and recently tore his ACL, so he'll miss all of 2014. He won't miss a payday, though: he's still making $14 million this year, and he's not taking a single snap.

Granted, the Rams haven't necessarily been loaded with talent since Bradford's taken over at the helm. But win-loss record aside, his stats still aren't great. Taking a look at the 32 quarterbacks that have at least 25 starts since 2010, Bradford ranks just 28th in completion percentage (58.6%) and 31st in yards per attempt (6.29). 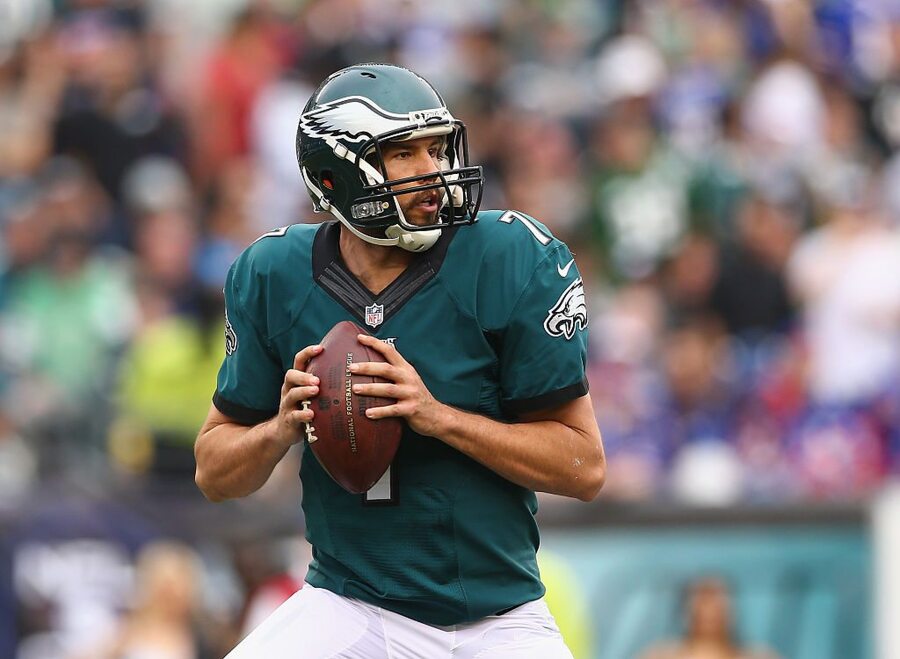 Compare that to Cam Newton, the first pick with the new CBA in place. Newton has gone 25-23 in three seasons, and with rushing touchdowns included, he's accounted for 31 more scores than Bradford in one fewer season. Newton has also never missed a contest due to injury, while Bradford will have now sat out 31 games in five seasons after this year.

Through their first four seasons, Bradford made $51 million. After this year, Newton will have made $22 million. 2012's first round pick, Andrew Luck, will also earn $22 million in his first four years, and he won a playoff game in just his second season. By the end of their contracts, Bradford will have that cool $78 million, and Newton will have made $36.7 million, after he picked up his option for a fifth season with the Panthers. That looks terrible for the Rams, but great for owners in general.

While you'd like to believe a #1 pick is going to work out great, there have been a number of examples where that just hasn't been the case. Whether it's high expectations, a poor surrounding cast, or talent that simply doesn't translate to the NFL, there's a very realistic chance for millions of dollars to be thrown away on a #1 pick. As businessmen, naturally NFL owners want to protect themselves as best as they can. Sam Bradford is the last example of a system that was hurting the higher-ups. While there's no doubt owners will continue to overspend on players, they'll at least get to save some cash during rookie signings. And anytime billionaires can keep a few extra dollars, it's a good thing. Right?